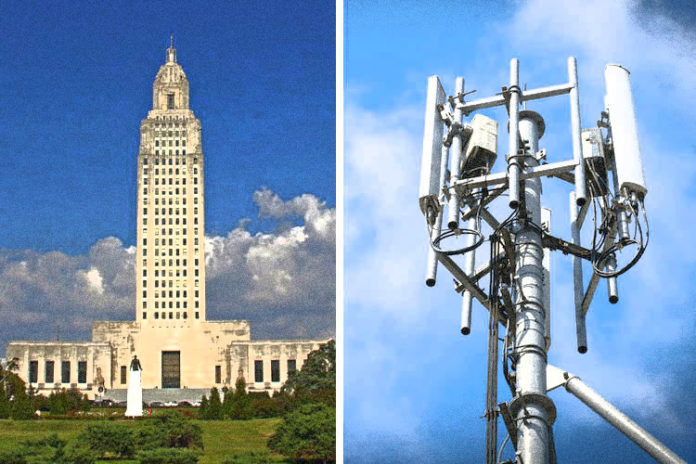 5G—or 5th generation cellular technology—is the name for the latest telecom technology upgrade. The new technology is expected to herald the beginning of Smart Cities, where driverless cars, pollution sensors, cell phones, traffic lights, and thousands of other devices interact in what is known as “The Internet of Things.” However, there have been a number of health and privacy concerns raised by opponents of the rapidly advancing 5G expansion. Louisiana is the first state to call for their own independent study of the technology.

The language of HR 145 outlines the reasons that Louisiana state representatives felt the need to pass such a resolution. For example, the bill states that 5G “may pose risks to the environment due to increased radio-frequency radiation exposure,” and “peer-reviewed studies on this topic show the potential for wide-range effects,” therefore “a study is necessary to examine the advantages and risks associated with 5G technology.” The resolution also notes that “the insurance industry may have placed exclusions in policies to exempt damage caused by this technology,” a reference to reports that various insurance companies have excluded coverage related to damages acquired via electromagnetic frequency radiation.

The resolution also acknowledges that 5G technology requires small cellular towers—or small cells—to be placed every 200 to 500 feet—closer than existing towers—for the network to operate correctly. Not only is the installation of small cell sites taking place across the nation as the U.S. government and telecommunications companies roll out 5G cellular technology, this new infrastructure is being built on top of already existing 3G and 4G technology infrastructure.

Despite the growing concern from state representatives, scientists, health professionals and journalists, the Federal Communications Commission (FCC) has wholeheartedly endorsed the rollout of 5G, claiming that there are no public health concerns. In fact, Louisiana’s HR 145 may end up being challenged in court due to current FCC regulations.