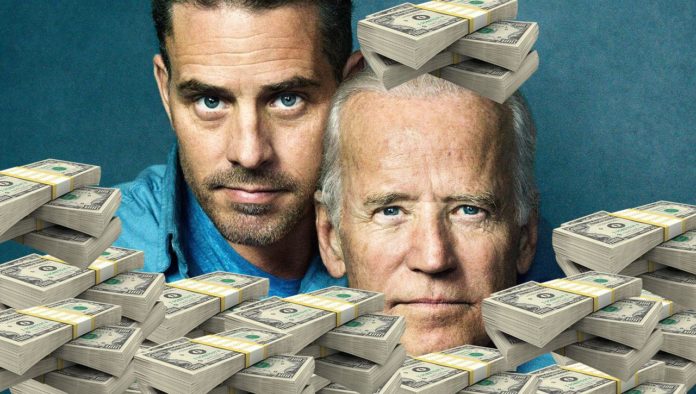 As The Hill‘s John Solomon reported Monday, Hunter Biden was paid upwards of $166,000 per month to sit on the board of Burisma from spring 2014 through fall 2015.

“We’ve talked before about the deals he procured with the government for China, Schweizer said Tuesday night on SiriusXM’s Breitbart News Tonight. “The other place [Joe Biden’s] son, Hunter Biden, procured a big deal was in Ukraine. In Ukraine, it involved an energy company called Burisma, which is a very corrupt organization headed by an oligarch named Mykola Zlochevsky who is very close to Viktor Yanukovich, the pro-Russian leader.”

“There’s all kinds of questions and implications. Is there a Russian component to this, because Burisma is such a corrupt company?” Schweizer added.

“The bottom line is Joe Biden was the Obama administration’s point-person on policy towards Ukraine,” said Schweizer. “He steered $1.8 billion in aid to that government and while he was doing so, his son got a sweetheart deal with this energy company – that we’ve been able to trace over just a 14-month period – paid $3.1 million into an account where Hunter Biden was getting paid.”