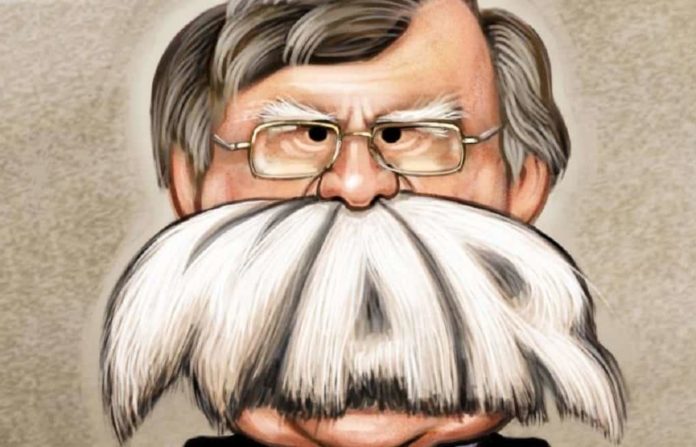 Authored by Scott Ritter via The American Conservative,

National Security Advisor John Bolton’s announcement this week that the U.S. is deploying a carrier strike group and a bomber task force to the U.S. Central Command region seemed perfectly framed to put America on a war footing with Iran. And it is.

Claiming that the decision was made in response to “a number of troubling and escalatory indications and warnings,” Bolton declared that “the United States is not seeking war with the Iranian regime.” But, he added, “we are fully prepared to respond to any attack, whether by proxy, the Islamic Revolutionary Guard Corps, or regular Iranian forces.”

It took the Defense Department a full day to respond to Bolton’s statement, with acting Secretary of Defense Pat Shanahan finally tweeting that the “announced deployment of the @CVN_72 and a @USAirForce bomber task force to the @CENTCOM area of responsibility…represents a prudent repositioning of assets in response to indications of a credible threat by Iranian regime forces.”

The USS Abraham Lincoln battle group had deployed a month ago from its Norfolk, Virginia, home port and was recently engaged in maneuvers in the Mediterranean Sea. The Pentagon acknowledged that the Abraham Lincoln was scheduled to support CENTCOM during its deployment, but that its arrival was being “accelerated” due to intelligence indicating an imminent Iranian threat.