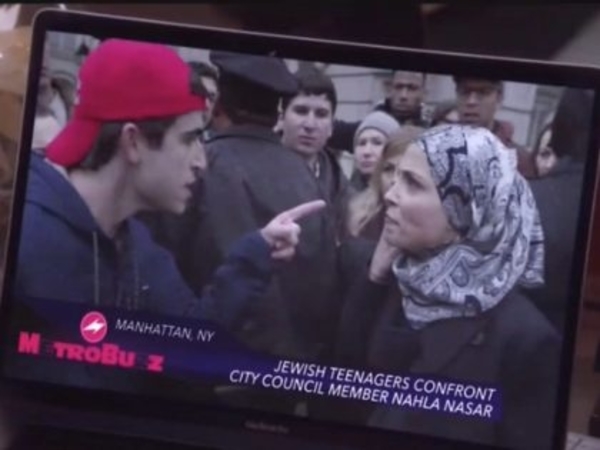 NBC crime procedural Law & Order: Special Victims Unit featured a “ripped from the headlines” theme in its latest episode, which smeared the Covington Catholic kids by pitting them against an Ilhan Omar-styled character who is portrayed as a hero.

The plot centered on a poor, put-upon Islamic city politician being confronted by a red ballcap-wearing crowd of young men who scream at her and taunt her. But the episode also throws in a big dollop of male oppression and lesbianism for good measure, Newsbusters reported.

The Law & Order: SVU  episode entitled, “Assumptions,” opens with a pair of teenaged boys running away from a vandalized mosque in which we soon see that Muslim Councilwoman Nahla Nasar (Nazneen Contractor) has been raped.