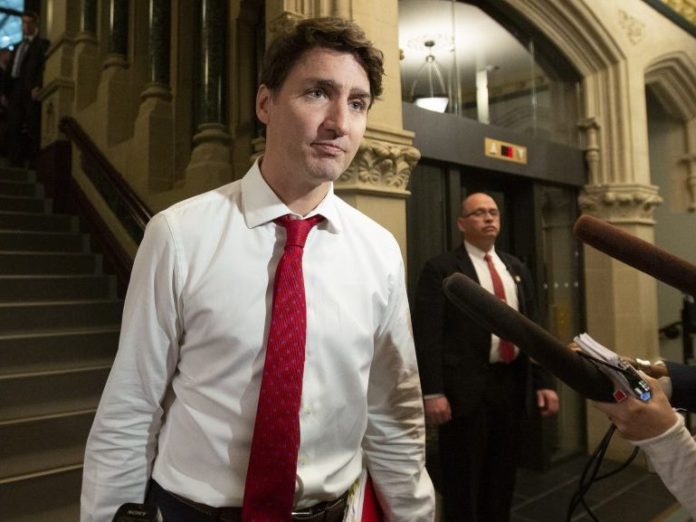 (Prime Minister Justin Trudeau stops to talk to reporters as he makes his way to a meeting with his caucus in Ottawa on Wednesday, May 8, 2019. THE CANADIAN PRESS/Fred Chartrand ORG XMIT: FXC101)

If your political party has been caught obstructing justice — as the political party led by Justin Trudeau assuredly was, in the SNC-Lavalin scandal — what’s the one thing you need to avoid, at all costs?

And that’s what the Trudeau regime’s prosecution of Vice-Admiral Mark Norman would have exposed: Senior Trudeau government officials, implicated in a scheme to use the criminal justice system to punish an alleged whistleblower. In this case, the second-highest-ranking officer in the Canadian Forces.

The “crime” Norman was accused of wasn’t a crime at all. In the early days of the Trudeau government, some senior cabinet ministers and political staffers tried to interfere in a multimillion-dollar contract that had been awarded for a much-needed supply ship for the Royal Canadian Navy. As in the LavScam scandal, senior Grits wanted the contract to go to a firm that had supported them politically.