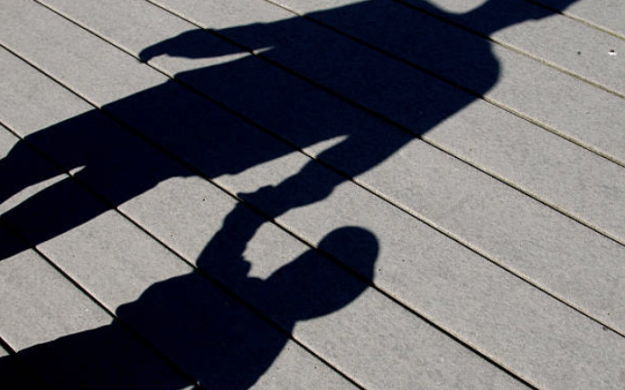 In the news business, we sometimes come across interesting information that can’t be verified — for various reasons.

It could be that records are sealed or destroyed, witnesses are afraid to come forward, too much time has passed … or the story is simply “dangerous” because it’s a huge embarrassment to the establishment — a black eye to the system we’re supposed to trust.

There are three credible sources for the post you’re about to read … two senior police officers and a Court of Queens Bench Justice. All retired — and confidential.

The story begins more than 30 years ago on a side street in Edmonton, Alberta.

A City sanitation worker was emptying garbage cans into an idling garbage truck when he came across a VHS tape. Curious to see what was on the tape, he brought it home, popped it in a VHS player and turned on his TV …

Whoa! He found himself watching a homemade pornographic movie with two males going at it. One was an adult; the other, a youth. [The adult was the ‘insertive’ partner; the youngster the ‘receptive’ partner.]

The City employee turned the tape over to Edmonton Police [EPS] where one of the officers [call him ‘Cop #1’] viewed the shocking evidence and announced, “That’s an Edmonton Court of Queens Bench Justice!”

The video recording was made while the man was a lawyer, not a judge.

According to Cop #1, the short video was hand-held and shot by the perpetrator.

The Chief of Police got involved. Cop #1 was then removed from the file. Other officers were assigned.

No charges were laid. The justice remained a free man. He went back to being a lawyer.

Cop #1 then checked his computer and made a shocking discovery — the file he had worked on had mysteriously vanished. He called it one of the biggest disappointments of his long career in law enforcement.

Initially, the officer refused to identify the judge.

I was curious as hell to find out the man’s identity, and so I asked around. No one seemed to know. If they did, they weren’t talking.

A few years later, I hit pay dirt with Cop #2 … a former city detective. The man spoke freely about the case, recalling many details as if they’d happened only weeks earlier.

Cop # 2 provided the name of the justice. I didn’t know him — never met him — but I was quite aware of his family name because it was so well-known, especially in Edmonton.

The family name is still well-known. And, far as I can tell, it’s a respected name as well.

Because no charges were ever laid, I cannot make the man’s name public. I also can’t reveal which federal political party appointed him to the bench … or the year he became a justice … or the year he was ordered to resign. That information would identify him.

I doubt very much that charges will ever be laid. And that’s the whole point of this story.

[Note that in Alberta, judge refers to someone appointed by the provincial government. Higher up the food chain is a justice, appointed by Ottawa. So as not to be overly repetitive, I’ve used ‘judge’ and ‘justice’ interchangeably.]

A DEAL IS CUT

I asked Cop #2 why the pedophile wasn’t charged. His response was that it was a plea bargain — “resign and you won’t be charged.” Well, I suppose it’s tantamount to a ‘plea bargain’ … but not really because there was nothing to plead. The justice was never charged and therefore did not appear in court.

The backstory from Cop #2 was that several EPS officers flew to Ottawa where they spent the night at the Chateau Laurier, a 5-star hotel downtown. Next morning, the policemen met behind closed doors with the Federal Minister of Justice and theDeputy-Minister of Justice.

A communications official with the Department of Justice in Ottawa confirmed the dates of service for the justice — and the Prime Minister who appointed him. The communications staffer I spoke with either didn’t know why the justice resigned or they didn’t want to share the juicy details.

A resignation letter was drafted for the justice. The officers promptly returned to Edmonton, walked over to the Law Courts Building, rode the elevator to the top floor where Court of Queens Bench Justices have their offices.

According to Cop # 2, the disgraced Justice promptly signed his resignation papers and was given “five minutes to clean out his desk.”

I’m told the victim likely came from a temporary jail for young offenders, the Yellowhead Youth Detention Centre which, at the time, was located alongside Yellowhead Trail in North-Central Edmonton.

I’m also told the victim was in his early teens, and Native.

I was not able to track down the youngster who — if he’s still alive — would now be in his late 40s.

I told the retired judge that I planned to do a story on it, but that I continued to search for information — possibly a confirmation on record somewhere — and, hopefully, track down the suspect and speak with him. As in, see what he has to say.

I added, “I have no problem taking the word of the police on this because you guys do it all the time.” “Interesting,” the retired judge said, rubbing his chin.

A fair question: how many cases did the boy-lover justice handle that involved people facing sex crimes? Were they given breaks or did he play by the rules??

The pedophile went back to practicing law and according to the retired Court of Queens Bench Justice … he returned to the Law Courts Building at least once — as an attorney.

The man remained a card-carrying member of the Law Society of Alberta, which — on paper at least — has a sparkling code of ethics.

The man is married and according to a woman who knows his family, describes his wife as “lovely.” She asked that I not do the story for fear his wife would read it and be hurt.

The source didn’t have much good to say about the rogue lawyer except that she’d been advised — in the 1980s — to stay clear of him because of his sexual behaviour.

DOES THAT TAPE EXIST?

I have inquired about the whereabouts of the video tape because I want to see it for myself.

Both Cops #1 and #2 say that ain’t happening. One believes that CSIS, Canada’s best-known spy agency, has the tape. Don’t know if I buy that. The second officer feels the tape is in a very secure part of the main police station downtown where evidence is kept under lock and key. Few people have access to the special evidence room. I certainly don’t.

Other police officers I spoke to about this touchy file feel the video tape has not been destroyed because it’s “evidence.” Don’t know if I believe that either.

I figured that the Alberta Government department that looks after police and judges in the province [Justice and Solicitor General] would have the power to confirm the video tape exists, and possibly view it. A lawyer for the deputy-minister flatly rejected that idea, saying it is a “private” matter between police and the courts.

You bet it’s private. That’s a huge part of the problem.

From the website of the Ministry of Justice and Solicitor General, I found this quote: “[the department] leads a fair and innovative justice system, ensures effective policing and supports victims of violence.” Nice words.

I was discussing this file with a pastor friend who said he wasn’t surprised to hear a Court of Queen’s Bench justice could be having sex with boys.

His spin was that pedophilia is everywhere … in many organizations. “It’s just that the Roman Catholic Church got busted,” he says, “but they’re certainly not alone.”

I hope he’s wrong, but I have this dark feeling this kind of BS [by that, I mean the crime and cover-up] goes on more than we care to admit.

Cop #1 initially refused to provide the name of the rogue Court of Queens Bench justice. He wasn’t protecting the judge. He was protecting me. From an interview in the fall of 2017, his exact words:

“It is very dangerous to go after this guy … think about it. Our society is not the same as before. They’re well connected, better than you realize. They will take you to the cleaners, take your house, everything.”

What do you get from this article? For starters, you have the right to believe it, or not believe it. The choice is yours.

But don’t stop believing in our police and our judicial system. It’s not perfect … but it’s all we have. And it goes without saying — but I’ll say it anyway — there’s certainly room for improvement.

We should always be vigilant and strive to make our criminal justice system more accountable. If we don’t, we’ll surely have a two-tiered farce … where the law depends on money and influence.

Some say that system is already broken …

23 thoughts on “A Judge’s Sudden Departure …”