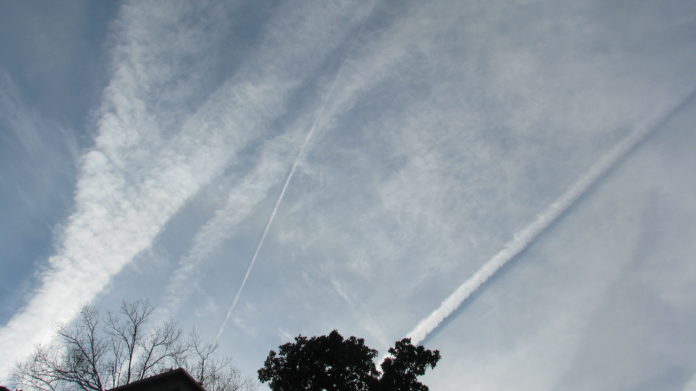 “Others are engaging even in an eco-type of terrorism whereby they can alter the climate, set off earthquakes, volcanoes remotely through the use of electromagnetic waves.”

“The Importance of Understanding Clouds” (National Aeronautics and Space Administration). The document explains that clouds regulate the planets average temperature and help to spread the suns energy evenly over the earths surface. The article also quotes:

“Even small changes in the abundance or location of clouds could change the climate more than the anticipated changes caused by greenhouse gases, human-produced aerosols, or other factors associated with global change.“

Convention on the Prohibition of Military or any other Hostile Use of Environmental Modification Techniques – United Nations Treaty (Signed in Geneva May 18, 1977)

The treaty created a list of phenomena that could result from the use of environmental modification techniques (this list is sourced from the United Nations Treaty above):

“KULA LUMPUR — Malaysia’s war on smog is about to get a new twist. The government wants to create man-made cyclones to scrub away the haze that has plagued Malaysia since July. ‘We will use special technology to create an artificial cyclone to clean the air’, said Datuk Law Hieng Ding, minister for science, technology and the environment. The plan calls for the use of new Russian technology to create cyclones — the giant storms also known as typhoons and hurricanes — to cause torrential rains, washing the smoke out of the air. The Malaysian cabinet and the finance minister have approved the plan, Datuk Law said. A Malaysian company, BioCure Sdn. Bhd., will sign a memorandum of understanding soon with a government-owned Russian party to produce the cyclone. “Datuk Law declined to disclose the size of the cyclone to be generated, or the mechanism. ‘The details I don’t have’, he said. He did say, though, that the cyclone generated would be ‘quite strong’. Datuk Law also declined to disclose the price of creating the cyclone.”

Weather as a Force Multiplier: Owning the Weather in 2025 – (Research paper presented to the United States Air Force).

“Weather modification offers the war fighter a wide range of possible options to defeat or coerce an adversary… Weather modification will become a part of domestic and international security and could be done unilaterally… It could have offensive and defensive applications and even be used for deterrence purposes. The ability to generate precipitation, fog and storms on earth or to modify space weather… and the production of artificial weather all are a part of an integrated set of military technologies.”

Also in chapter 2, “In 1957, the president’s advisory committee on weather control explicitly recognized the military potential of weather-modification, warning in their report that it could become a more important weapon than the atom bomb.”

Beware the US Military’s experiments with Climatic Warfare – Michel Chossudovsky (Professor of Economics at the University of Ottawa and editor at the Centre for Research on Globalization, www.globalreasearch.ca)

“‘Climatic warfare’ potentially threatens the future of humanity, but has casually been excluded from the reports for which the Intergovernmental Panel on Climate Change (IPCC) received the 2007 Nobel Peace Prize.”

”Intervention in atmospheric and climatic matters . . . will unfold on a scale difficult to imagine at present. . . . this will merge each nation’s affairs with those of every other, more thoroughly than the threat of a nuclear or any other war would have done.”

“United States and Other World Powers Should Outlaw Tampering With Weather for Use as War Weapon“, Editorial by Senator Claiborne Pell, D-Rhode Island, The Providence Journal Bulletin, 1975. http://www.cuttingedge.org/News/n1197.cfm

“The U.S. and other world powers should sign a treaty to outlaw the tampering with weather as an instrument of war…. We need a treaty now to prevent such actions — before the military leaders of the world start directing storms, manipulating climates, and inducing earthquakes against their enemies… It may seem a great leap of imagination to … such science-fiction ideas as unleashing earthquakes, melting the polar ice cap, changing the course of warm ocean currents, or modifying the weather of an adversary’s farm belt. But, in military technology, today’s Science fiction is tomorrow’s strategic reality. Apart from the sheer horror of the prospect of unbridled environmental warfare, there is, I believe, another compelling reason to ban such action. We know, or should know, by now, that no nation can maintain for long a monopoly on new warfare technology. If we can develop weather warfare techniques, so can and will other major powers. Experience has taught us that the weapons that make us feel secure today will make us feel very insecure, indeed, when our adversaries possess the same capabilities. Now is the time to act — so we never have to worry about countries directing storms at each other.”

Convention on the Prohibition of Military or Any Other Hostile Use of Environmental Modification Techniques, Geneva: 18 May 1977, Entered into force: 5 October 1978. See full text of Convention in Annex.

Beware the US Military’s experiments with Climatic Warfare – Michel Chossudovsky (Professor of Economics at the University of Ottawa and editor at the Centre for Research on Globalization, www.globalreasearch.ca).

“Weather manipulation is the pre-emptive weapon par excellence. It can be directed against enemy countries or ‘friendly nations’ without their knowledge, used to destabilize economies, ecosystems and agriculture. It can also trigger havoc in financial and commodity markets. The disruption in agriculture creates a greater dependency on food aid and imported grain staples from the US and other Western countries.”

The Ultimate Weapon of Mass Destruction: “Owning the Weather” for Military Use – Michel Chossudovsky (Professor of Economics at the University of Ottawa and editor at the Centre for Research on Globalization, www.globalreasearch.ca).

“Environmental warfare is defined as the intentional modification or manipulation of the natural ecology, such as climate and weather, earth systems such as the ionosphere, magnetosphere, tectonic plate system, and/or the triggering of seismic events (earthquakes) to cause intentional physical, economic, and psycho-social, and physical destruction to an intended target geophysical or population location, as part of strategic or tactical war.” – Eco News

“No matter how deeply disturbing the thought of using the environment to manipulate behavior for national advantages to some, the technology permitting such use will very probably be developed within the next few decades.”

John F. Kennedy – 35th President of the United States. Address at the Anniversary Convocation of the National Academy of Sciences. http://www.presidency.ucsb.edu/ws/?pid=9488#axzz2hoTn1hn4

“As science investigates the natural environment, it also modifies it, and that modification may have incalculable consequences for evil as well as for good.”

Also stated, “governments and scientists must work together to make sure there are no destructive effects from such large scale experiments such as weather control.”

“Science has the power for the first time in history to undertake experiments with premeditation which can irreversibly alter our biological and physical environment on a global scale”.

“Rainmaking as a weapon of war can only lead to the development of vastly more dangerous environmental techniques whose consequences may be unknown and may cause irreparable damage to our global environment. This is why the United States must move quickly to ban all environmental or geophysical modification techniques from the arsenals of war.”

Gilbert Gude – United States Congressman from Maryland Gilbert Gude testified the following before the Senate in 1972.

“We must also consider that the use of weather modification is potentially indiscriminate. Unlike other weapons, the winds and seas are not so direct-able that we can discriminate between one target and another. By their nature, they are area-wide weapons. We cannot flood only military targets or cause droughts in areas producing only military rations. The technology will be used against people regardless of their uniform or occupation. Weather modification will inevitably strike civilians harder than nearby military objectives.”

Also, “The issues of command and control, and the discrimination highlight another disturbing characteristic of weather modification, the difficulty of detection. Unlike other weapons, it may be possible to initiate military weather modification projects without being detected. In other words, the military results may not be visibly tied to the initiating party. This raises the possibility of clandestine use of geophysical warfare…”