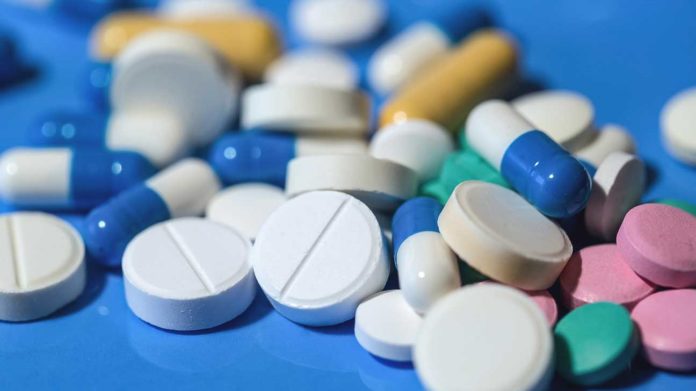 What we need to STOP the MURDERS of so many of our kids, our relatives, our friends, our neighbours, our fellow citizens are ARRESTS and IMPRISONMENT of the BIG SHOTS  making millions in profits from importing, manufacturing, and distributing fentanyl and others illicit drugs in our society.

The police know who many of them are; the prosecutors know what they are doing; the politicians know how they are operating … and yet, somehow, despite the widespread size and openness of their crimes, those behind marketing death in BC and across Canada continue to operate and thrive with spectacular impunity.

In September alone, 128 British Columbians DIED from drug overdoses …. bringing the number of lost lives so far this year to 1,143 in the province.

Not to mention the many, many thousands of others also who have come close to death,  suffered, but survived.

Doing drugs is bad enough; illegal drugs even worse; but when so many lives are threatened … and taken … by evil villains who willingly put lives at risk for extra profit, and see so many die,  this is a crisis that demands action and arrests and prosecutions and serious jail sentences … not talk.

And each and every one of the victims also has family members and friends who have suffered along with them … and even partially died inside too … from the opioid crisis gripping and crippling our society.

We’ve heard the BC government announce it is suing the pharmaceutical companies for costs associated with the opioid spread; we keep hearing about “wake up calls” to combat drug abuse; we’ve heard calls for more drug treatment.

But what we have NOT heard about are ARRESTS!!!  Or PROSECUTIONS!!!  OR LENGTHY SENTENCES for those who are killing us … or those we know!!!

The impact of the drug epidemic scourging BC has become so significant, it is now affecting life expectancy statistics in the province.

We are losing this war.

And instead of just dutifully reporting the press conferences, the blabbering and increasing death tolls, WHERE are the TOUGH QUESTIONS and DEMANDS from the media to the police, the prosecutors and the politicians as to WHY there are so few arrests of the BIG DRUG BOSSES behind this epidemic????

Or are too many of the media so co-opted, bored, inexperienced, lazy as they sleepwalk towards retirement to even want to make waves and ask tough questions anymore? Where are their bosses?

Stories on this critical subject could be almost every day … asking the municipal police, the RCMP, elected politicians ay EVERY level, exactly WHAT have they done THAT DAY to make arrests, go after the big shot drug lords and put them in prison.  Every day!!!

If the media kept that up … bet we would see more action than we do now.

Time for the police, the prosecutors, the judges, and the politicians to launch a fully-funded, co-ordinated counter-attack to take out the importers and the distributors.

And if those currently in charge of getting the evidence, making arrests and laying major charges are incompetent or incapable … then our politicians should replace them with others who can.

Before another thousand British Columbians die from drugs.