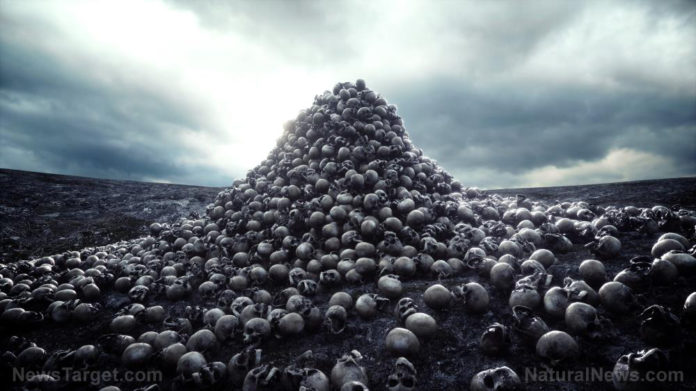 (Natural News) Far beyond the distractions of political bickering and cultural trends, the big, big picture that’s unfolding across our world right now is a plan to exterminate 90% of the current human population in order to “save” the planet and protect what globalists see as the future of human survival on a cosmic scale.

This plan is under way now due to two very important developments:

#1) The rise of robotic systems that can replace human labor, eliminating the need for a world of impoverished human workers whose only reason for existence — from the point of view of the globalists — was to be exploited for cheap labor and manipulated votes.

If you aren’t yet aware that robots are replacing human labor, you’re way behind the curve. As this Zero Hedge story shows, heavy duty robots are already being introduced that can replace human labor in construction and other similar jobs.