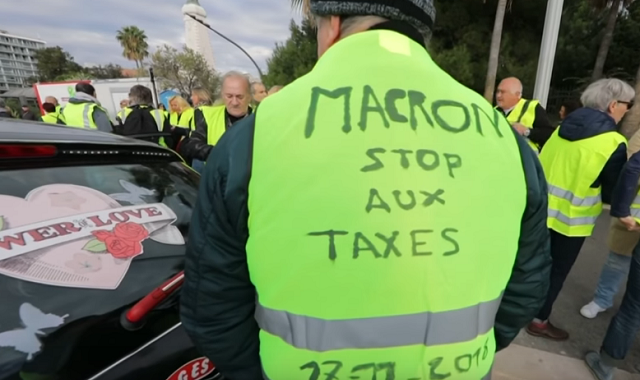 In a warning of what is likely facing us down the road in Canada under Trudeau’s destructive policies, there are massive protests in France as the backlash to Emmanuel Macron’s carbon tax hike grows.

Over 240,000 people took to the streets, blocking roads in protest against the hikes which have caused fuel prices to surge.

It’s called the ‘yellow-vests’ movement, and has the support of more than two-thirds of French citizens.

Macron has been cast as the “president of the rich,” slamming regular people with tax hikes while he and the elites live in luxury.