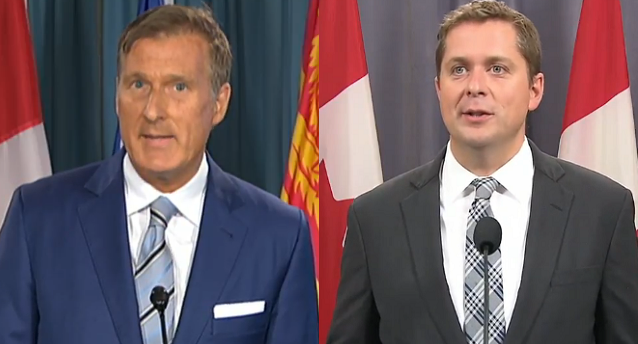 A poll from Advanced Symbolics based upon an artificial intelligence program that analyzed “a representative sample of 220,000 Canadians on social media”has found that Maxime Bernier is more popular than Andrew Scheer.

According to the poll – which only discussed leader popularity rather than support for any currently existing or potential political parties – put Bernier’s popularity at 40%, while Scheer is at 32%. The same poll put Trudeau at 46%.

In a press release (included below), Advanced Symbolics said “Mr. Bernier’s lead is particularly pronounced in Ontario, where he leads Mr. Scheer by 24%.” 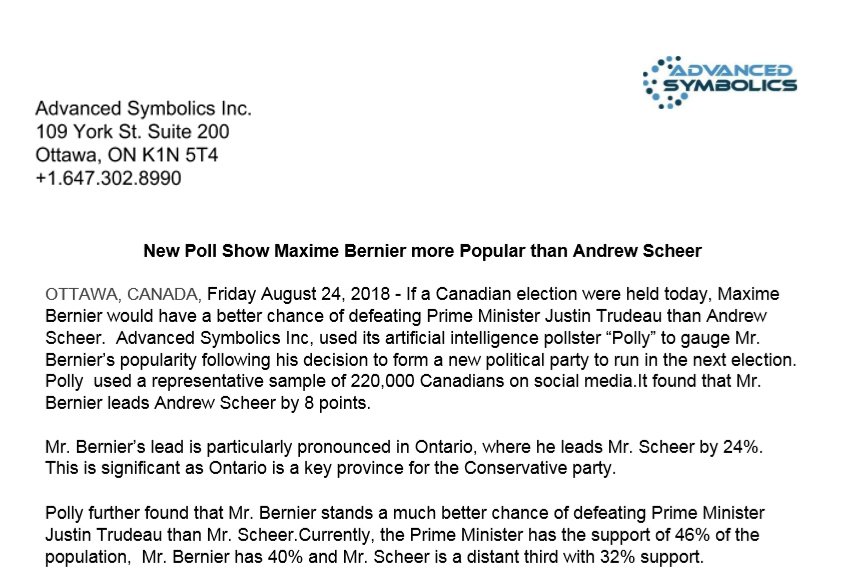