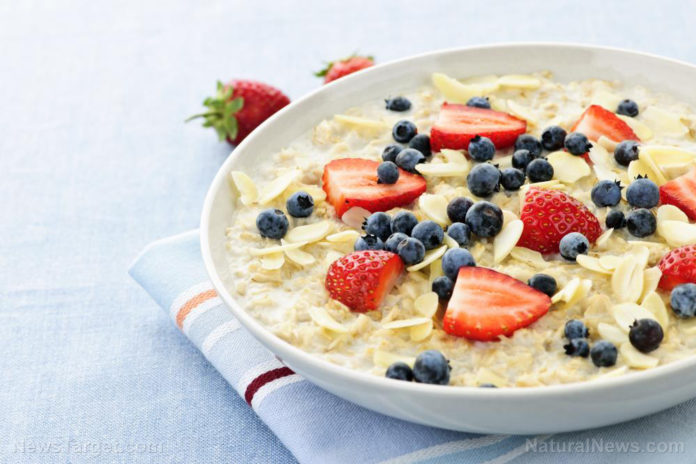 (Natural News) Would you like some weed killer with your breakfast? No one in their right mind would answer this question affirmatively, yet if you happen to eat one of 26 popular cereals, that’s exactly how you’ve been starting out your mornings.

A new report released by the Environmental Working Group (EWG) shows that 26 out of 28 breakfast products tested contain higher levels of glyphosate, the main ingredient in Monsanto’s Roundup weed killer, than their scientists feel is safe for children to consume. These products included several varieties of granola, oat breakfast cereal, instant oats, overnight oat products, and snack bars from Quaker, as well as popular cereals like Cheerios. One product, Quaker Oatmeal Squares cereal, had glyphosate levels that were almost 18 times higher than the EWG benchmark for children.

Glyphosate exposure is risky for everyone, but it’s particularly dangerous for children as it can impact their development. The International Agency for Research on Cancer has listed glyphosate as “probably carcinogenic,” much to the dismay of Monsanto, which has gone out of its way to try to discredit the respected agency to protect its profits. The World Health Organization said in a 2015 report that the chemical has been linked to non-Hodgkin lymphoma and prostate cancer. It is also listed by the state of California’s Office of Environmental Health Hazard Assessment as being a known carcinogen.