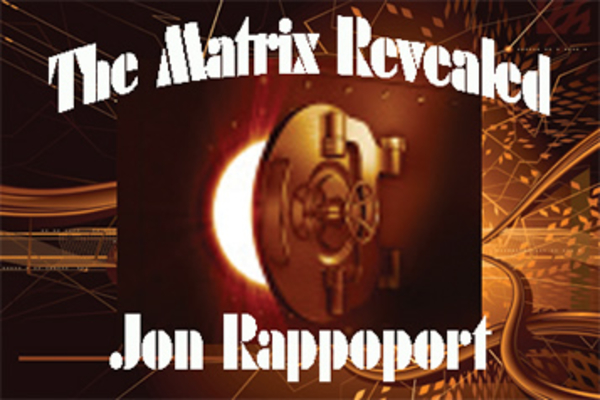 Forgotten history: US bankers financing US enemies—and why it is important now 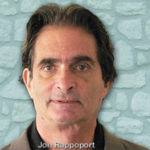 In 1971, Gary Allen published his book, None Dare Call it Conspiracy. It quickly became an unofficial best seller.

Over the years, several million copies have been sold.

Allen’s thesis was stark: super-rich American capitalists were financing socialism. This bizarre paradox was resolved when socialism was properly understood—not as “power to the people”—but as elite power over the people. In other words, as a hoax.

These days, the socialist hoax is still unknown to most of the population.

Cloak a global power grab as progress for all of humanity.

Here, from chapter six of None Dare Call it Conspiracy, “The Rockefellers and the Reds,” is a devastating passage commenting on the period just after the Russian Revolution of 1917:

“The Rockefellers assigned their public relations agent, Ivy Lee, to sell the American public the idea that the Bolsheviks were merely misunderstood idealists who were actually kind benefactors of mankind.”

“’Quite predictably…[Ivy] Lee concludes that the communist problem is merely psychological. By this time he is talking about “Russians” (not Communists) and concludes “they are all right.” He suggests the United States should not engage in propaganda; makes a plea for peaceful coexistence; and suggests the United States would find it sound policy to recognize the USSR and advance credits [give loans].’ (Antony Sutton, Western Technology and Soviet Economic Development, 1917-1930, Hoover Institution on War, Revolution and Peace, Stanford University, Calif., 1968, p.292)”

“After the Bolshevik Revolution, Standard of New Jersey [Rockefeller] bought 50 per cent of the Nobel’s huge Caucasus oil fields even though the property had theoretically been nationalized [by Russia]. (O’Connor, Harvey, The Empire Of Oil, Monthly Review Press, New York, 1955, p.270.)”

“In 1927, Standard Oil of New York [Rockefeller] built a refinery in Russia, thereby helping the Bolsheviks put their economy back on its feet. Professor Sutton states: ‘This was the first United States investment in Russia since the Revolution.’ (Ibid, Vol.1, p.38)”

“Shortly thereafter Standard Oil of New York and its subsidiary, Vacuum Oil Company [Rockefeller], concluded a deal to market Soviet oil in European countries and it was reported that a loan of $75,009,000 to the Bolsheviks was arranged. (National Republic, Sept.1927.)”

“…Wherever Standard Oil would go, Chase National Bank was sure to follow. (The Rockefeller’s Chase Bank was later merged with the Warburg’s Manhattan Bank to form the present Chase Manhattan Bank.) In order to rescue the Bolsheviks, who were supposedly an archenemy, the Chase National Bank was instrumental in establishing the American-Russian Chamber of Commerce in 1922. President of the Chamber was Reeve Schley, a vice-president of Chase National Bank. (Ibid, Vol.11, p.288) According to Professor Sutton: ‘In 1925, negotiations between Chase and [Russian] Prombank extended beyond the finance of raw materials and mapped out a complete program for financing Soviet raw material exports to the U. S. and imports of U. S. cotton and machinery.’ (Ibid, Vol.11, p.226) Sutton also reports that ‘Chase National Bank and the Equitable Trust Company were leaders in the Soviet credit business.’ (Ibid, p.277)”

“The Rockefeller’s Chase National Bank also was involved in selling Bolshevik bonds in the United States in 1928. Patriotic organizations denounced the Chase as an ‘international fence.’ Chase was called ‘a disgrace to America… They will go to any lengths for a few dollars profits.’ (Ibid, Vol.11, p.291) Congressman Louis McFadden, chairman of the House Banking Committee, maintained in a speech to his fellow Congressmen:”

“’Open up the books of Amtorg, the trading organization of the Soviet government in New York, and of Gostorg, the general office of the Soviet Trade Organization, and of the State Bank of the Union of Soviet Socialist Republics and you will be staggered to see how much American money has been taken from the United States’ Treasury for the benefit of Russia. Find out what business has been transacted for the State Bank of Soviet Russia by its correspondent, the Chase Bank of New York’. (Congressional Record, June 15, 1933.)”

“But the Rockefellers apparently were not alone in financing the Communist arm of the Insiders’ conspiracy. According to Professor Sutton ‘… there is a report in the State Department files that names Kuhn, Loeb & Co. (the long established and important financial house in New York) as the financier of the [Russians’] First Five Year Plan. See U. S. State Dept. Decimal File, 811.51/3711 and 861.50 FIVE YEAR PLAN/236.’ (Sutton, op. cit., Vol. II, p. 340n.)”

“Professor Sutton proves conclusively in his three volume history of Soviet technological development that the Soviet Union was almost literally manufactured by the U.S.A…”

“…Sutton shows that there is hardly a segment of the Soviet economy which is not a result of the transference of Western, particularly American, technology.”

“This cannot be wholly the result of accident. For fifty years the Federal Reserve-CFR-Rockefeller-lnsider crowd has advocated and carried out policies aimed at increasing the power of their satellite, the Soviet Union. Meanwhile, America spends $75 billion a year on defense to protect itself from the enemy the Insiders are building up.”

NOTE: The descendants of these bankers are now doing everything they can to build up the story that Donald Trump won the presidency by colluding with Russians. To call this an irony, in view of the above information, would be a vast understatement.

However, the motives of these current Globalists are clear: regardless of whether Trump meant to keep his promises to destroy Globalism (aka worldwide socialism), his mere mention of Globalism as the enemy, during the presidential campaign, and his declared opposition to Globalist “free trade” treaties, was sufficient to warrant an all-out attack on him.

The whole idea of nationalism as preferable to Globalism could act as a contagious germ spreading to the people of other countries—so Trump as the face and symbol of such sentiments had to be defamed and crushed.

Again—and this point must be understood—IT DOESN’T MATTER WHETHER TRUMP EVER MEANT TO KEEP HIS PROMISE TO BURY GLOBALISM. THE MERE MENTION OF GLOBALISM AS THE ENEMY WAS AND IS SUFFICIENT TO WARRANT UNCEASING ATTACKS AGAINST HIM.

Many, many of Trump’s supporters want to see Globalism buried.

Ultimately, they are the real target of the Globalists, who want to neutralize and disperse them and make them passive and demoralized.

The author of three explosive collections, THE MATRIX REVEALED,EXIT FROM THE MATRIX, and POWER OUTSIDE THE MATRIX, Jon was a candidate for a US Congressional seat in the 29th District of California. He maintains a consulting practice for private clients, the purpose of which is the expansion of personal creative power. Nominated for a Pulitzer Prize, he has worked as an investigative reporter for 30 years, writing articles on politics, medicine, and health for CBS Healthwatch, LA Weekly, Spin Magazine, Stern, and other newspapers and magazines in the US and Europe. Jon has delivered lectures and seminars on global politics, health, logic, and creative power to audiences around the world. You can sign up for his free NoMoreFakeNews emails here or his free OutsideTheRealityMachine emails here.