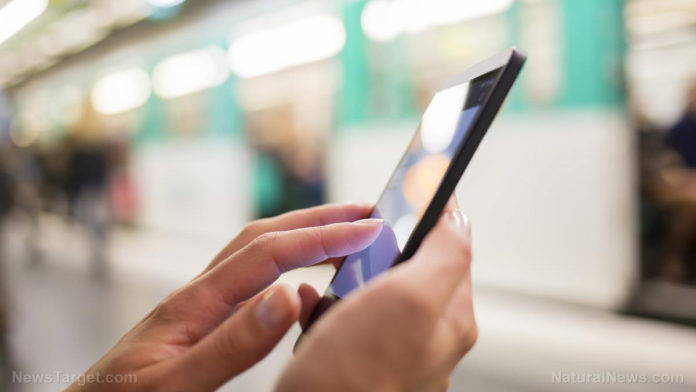 (Natural News) Cell phone radiation is a big concern for many people, but manufacturers have largely downplayed the risks, and they’re quick to point out that their products meet the regulatory limits. That may be true, but what if the regulatory limits are inherently flawed?

Data released by France’s National Frequency Agency, ANFR, paints a very different picture of cell phone radiation danger. They found that nine out of ten popular phones that were found “compliant” in earlier lab tests were far above the legal limits when tested in ways that reflect how people actually use and carry their phones.

The original compliance tests entailed measuring the radiation that is absorbed by a test dummy filled with liquid, but this is done using a “separation distance.” When the agency re-tested popular phones from makers like Apple, Samsung, Nokia, and Motorola in the carry position most people use close to their body, they discovered that some had three times greater radiation than their original readings.

The Specific Absorption Rate, which measures how much radiation is absorbed by the body, was used in the tests. Right now, the U.S. and Canada allow an SAR of up to 1.6 watts per kilogram (W/kg), while the European Union’s limit is 2.0 W/kg. Unfortunately, in testing, manufacturers are allowed to use a separation distance of 15 millimeters between the device and the test dummy, which isn’t an accurate reflection of how most people carry their phones. Some of the biggest offenders in the test were the HISENSE SMART 5 at 6.14, the Apple iPhone 5 at 5.321, and the Motorola Motorlux at 5.86.

French physician and radiation expert Dr. Marc Arazi was pleased to see the information come to light. He warns people not to carry their cell phones against their body, and he feels the problem is especially concerning for children, teenagers, and pregnant women.

He has called on the French Environmental and Health Ministers to act immediately on this information by putting protective policies in place. Environmental Health Trust President Dr. Devra Davis agrees, saying that if phones were actually tested the way people use them in real life, most of them would be illegal.