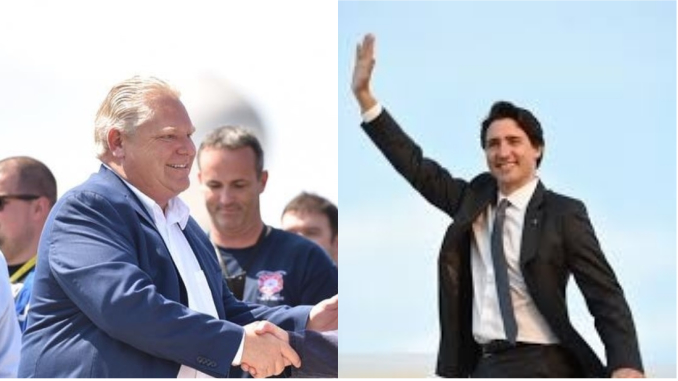 Doug Ford gets sworn in a Premier of Ontario today and that is about to change everything in this country. Politically speaking.

From federal provincial relations to the plan to bring in a national carbon tax and even the 2019 federal election, Ford is a game change.

Justin Trudeau’s campaign through Ontario in the next federal election may have him sounding like the Buckley’s guy. Trudeau will be trying to convince voters that a carbon tax tastes awful but it works.

The PM will definitely have his work cut out for him.

In Ontario’s recently-concluded provincial election, cancelling Kathleen Wynne’s cap and trade program was a popular promise with voters. Wynne had teamed up Ontario with California and Quebec in a carbon trading scheme that saw billions charged to industry and then hundreds of millions sent to California to buy “carbon credits.”

Doug gives and Justin takes away.