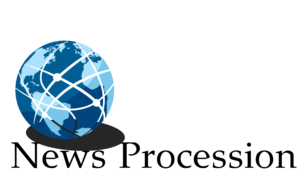 Snopes dubs themselves a “fact check” website and we intend to test their medal in that respect. Regardless of their obsessive support for liberal causes, which means they are anything but objective, let us look their latest “fact check” as a vehicle to test their ability to be unbiased and factual with a rather simplistic claim regarding the Flores Agreement. Are they capable of being forthright with respect to ‘fact checking’ a claim that is at the heart of such a divisive and sensitive issue?

Recently, Snopes attempted to “fact check” the following claim: Was the ‘law to separate families’ passed in 1997 or ‘by Democrats’?

A brief description of the Flores Agreement as explained by Humanrightsfirst.org:

In 1985, two organizations filed a class action lawsuit on behalf of immigrant children who had been detained by the former Immigration and Naturalization Service (INS) challenging procedures regarding the detention, treatment, and release of children. After many years of litigation, including an appeal to the United States Supreme Court, the parties reached a settlement in 1997.

According to advocates, as well as the Department of Justice Office of the Inspector General, the INS did not immediately comply with the terms of the Agreement. It was only after the Office of Refugee Resettlement (ORR) assumed responsibility for the care and custody of unaccompanied children in 2003—a product of years of advocacy on the part of human rights organizations, religious groups, and political leaders—that noticeable changes were implemented.