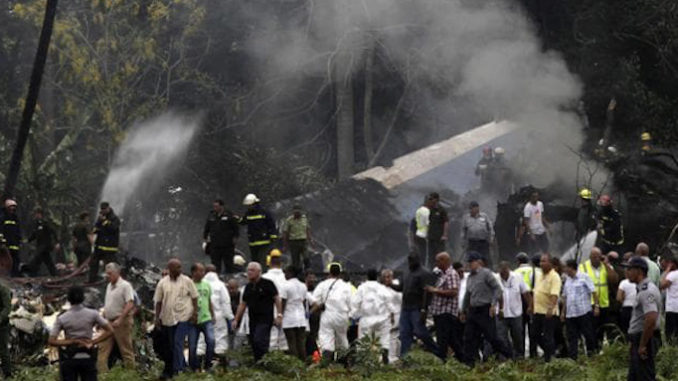 20 Catholic priests connected to a Vatican pedophile ring were all killed in a plane crash in Cuba last Friday.

Coincidentally, in the same week leaked documents revealed that Pope Francis attempted to cover-up the pedophile ring, shielding priests from having to serve a prison sentence.

Dallasnews.com reports: Carlos Alberto Martinez, director of the Calixto Garcia Hospital in the Cuban capital, said doctors are always hopeful that their patients will recover, but he acknowledged that the three Cuban women were in extremely grave condition.

“We must be conscious that they present severe injuries,” Martinez told a small group of journalists. “They are in a critical state.”

Among the dead are 20 priests from an evangelical church, confirmed Maite Quesada, a member of the Cuban Council of Churches.