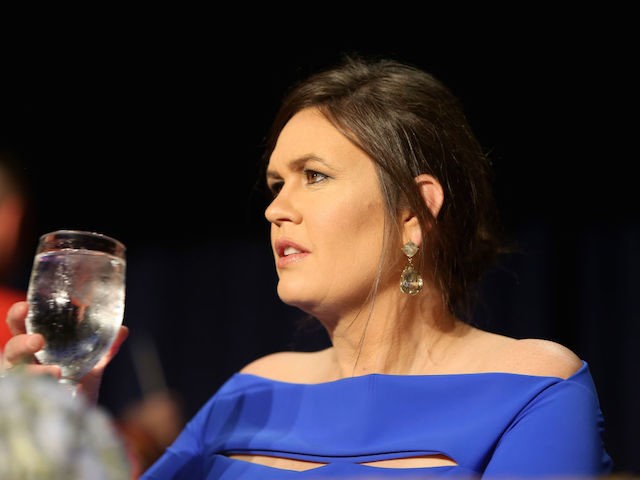 “I love you as Aunt Lydia in The Handmaid’s Tale, she began, comparing her appearance to a bossy older woman on that show.

Wolf added that she was not sure whether Sanders was going to divide the reporters into softball teams, or tell a “bunch of lies,” or a give a press briefing.

“I actually really like Sarah. I think she’s very resourceful. Like she burns facts and then she uses that ash to create a perfect smokey eye,” she said. “Like maybe she’s born with it, maybe it’s lice … It’s probably lice.”

Wolf told the audience that she wasn’t sure what to call Sanders, questioning whether she should call her “Aunty Huckabee Sanders” or “Cousin Huckabee.”

“What is Uncle Tom, but for white women who disappoint other white women?” she asked. “I know. Aunty Coulter.”