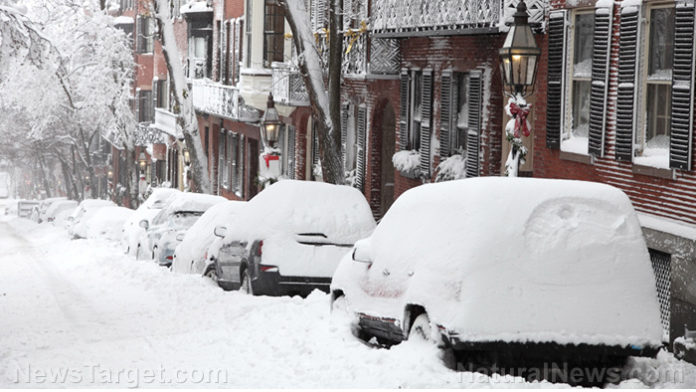 (Natural News) Proving once again that the Left’s claims about human-caused “climate change” and “global warming” are anything but universal, a new book disputing their progressive nonsense has shot to number one on bestseller lists while selling out all over the place.

The appropriately named tome, “The Politically Incorrect Guide to Climate Change,” by Marc Morano, has rocketed to No. 1 on Amazon’s Climatology, Environmental Science, Nature and Ecology list, and is maintaining a solid ranking among Amazon’s Top 100, having already sold out once. Retail giant Walmart is also selling the book now.

A reported by Climate Depot, a website dedicated to exposing the fraud that is man-caused global and climate change edited by Morano, both Target and Walmart list the book “out of stock” on their websites, as of this writing.

He notes that the Committee For A Constructive Tomorrow (CFACT), which publishes Climate Depot, does have copies of Morano’s book, however.

A description of the book notes:   Read More HERE

An excellent video presentation on geoengineering from Mt. Shasta, California… A Must Watch! These people, pilots, doctors, provide the dangers of spraying over the masses…

Listen to what these experts (including pilots, doctors & scientists) have to say about what is being sprayed in our skies and what is being found in our soil, water and bodies…