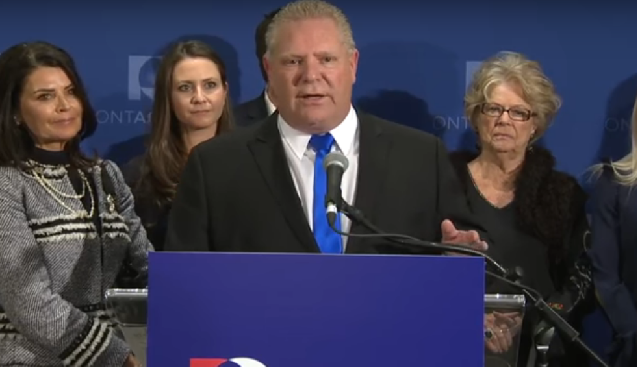 PCs have huge lead over NDP, Wynne Liberals in third.

A new poll from Forum Research taken in the wake of Doug Ford’s leadership victory shows the Ontario PCs with a decisive lead over both the NDP and Liberals.

Here are the key results:

Translated into seats, that would be 84 for the Ford PCs, 29 for the NDP, and just 11 for the Liberals.

Ford’s initial numbers polarizing, but far ahead of Wynne