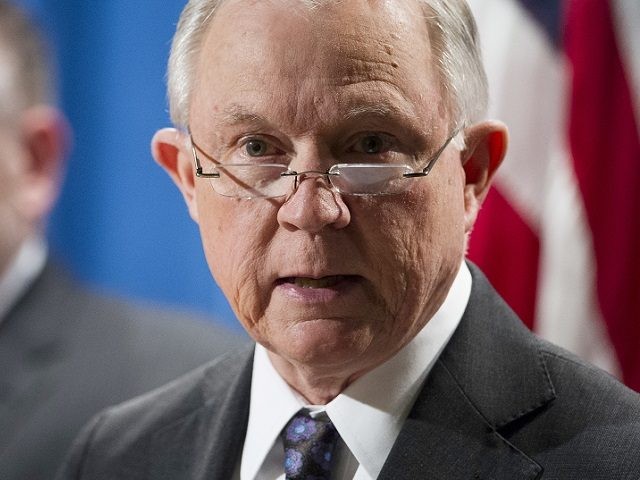 SACRAMENTO, California — Attorney Jeff Sessions told Breitbart News in an exclusive interview on Wednesday morning that he expects to prevail in a lawsuit filed by the Department of Justice Tuesday evening against California’s “sanctuary state” laws.

In his first interview since the DOJ filed the lawsuit, which challenges the constitutionality of the California statutes under the Supremacy Clause, Sessions told Breitbart News that he was optimistic about the case’s prospects.

“We believe that we cannot accept the kind of restrictions that California placed on federal law officers, and we believe that their actions exceeded the Constitution, and we will win in the courts eventually,” he said.

The state’s elected leaders — all Democrats — slammed Sessions’s lawsuit on Tuesday evening. Governor Jerry Brown, Sen. Kamala Harris (D-CA), and Attorney General Xavier Becerra all took to Twitter to oppose the lawsuit. Becerra even claimed that he was determined to “uphold the law” — state “sanctuary” law, as opposed to federal immigration law.

Asked whether he thought there should be a second special counsel investigation into the alleged abuse of Foreign Intelligence Surveillance Act (FISA) procedures by the Department of Justice with regard to surveillance of associates of President Donald Trump, Sessions said he would “consider” it, even though the Inspector General’s office was “the a normal place for such a complaint to go.”

Sessions was due to address a gathering of the California Peace Officers’ Association later Wednesday morning, at the opening event of the group’s annual “legislative day.”