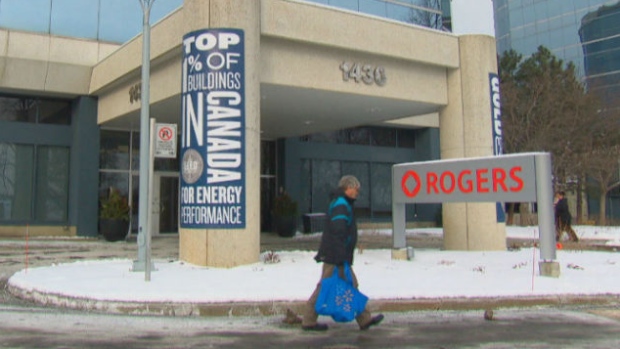 (Rogers employees at this call centre say they’re under extreme pressure to upsell customers, often at the expense of ethics. (Guillaume Lafrenière/CBC)

‘We do not believe the concerns raised represent our values or sales practices,’ Rogers says

Call centre employees working for Rogers Communications say the telecom company is pressuring them to try to make a sale on every call — even to elderly people who don’t understand or need certain products or services.

In emails and interviews with Go Public, dozens of Rogers workers say they’re under “extreme pressure” to hit sales targets or risk termination.

Their claims come on the heels of Bell Canada workers revealing similar pressures to upsell customers, often at the expense of ethics.

“You’re supposed to look at a customer’s account and sell them cable, home phone, home security, a credit card — whatever is missing,” says an employee who currently works at Rogers’ major call centre in Ottawa and has asked CBC to conceal his identity to avoid retribution in his workplace.

He says even when people are off sick, their sales targets aren’t adjusted unless they go on short-term disability, “so you’re at home, trying to get better, but stressing about how you’re going to keep your job.”

He admits when he is “desperate” to earn sales points, he signs up seniors for internet service, and then tells them a technician is going to come to their house “to install a modem for their TV” — modems are required for internet, not TV.

“We’re giving internet service to customers who actually do not have a computer,” he says.