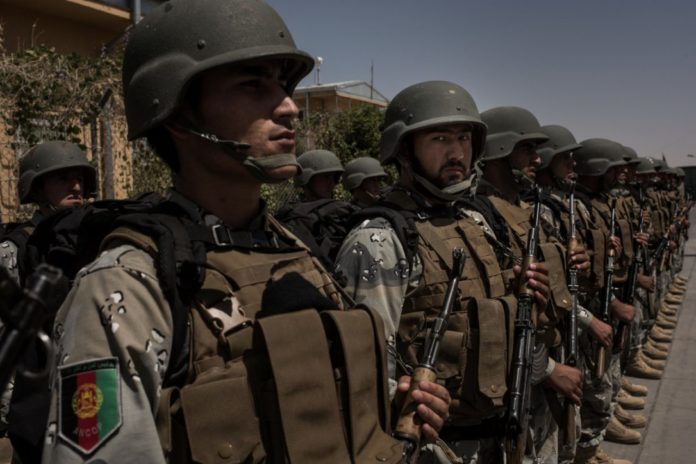 (Members of the Afghan Civil Order of Police stand in formation for the arrival of local leaders at Camp Bost on September 11, 2017 in Helmand Province, Afghanistan. Canada plans to help finance a facility to treat Afghan victims of war.  (ANDREW RENNEISEN / GETTY IMAGES)

Canada has quietly helped establish a new centre in Kabul to treat Afghan vets wounded in that nations many years of conflict.

OTTAWA—Canada has quietly contributed $33 million to help establish a new centre in Kabul to treat Afghan vets wounded in that nation’s many years of conflict, the Star has learned.

When built, the rehabilitation centre will be the largest and most modern facility of its kind in an impoverished country where injured vets have faced an uphill battle for treatment.

“It would dramatically improve the quality of care for ill and injured vets,” said one former soldier who served in Canada’s Afghanistan mission.

He said the needs are great in the country, the result of “40 years of war and the remnants of war.