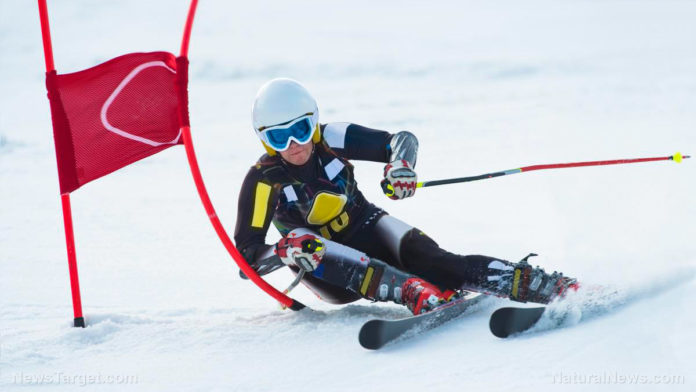 (Natural News) Olympian and outspoken homosexual Gus Kenworthy may not have won any medals at the 2018 Winter Olympics in PyeongChang, South Korea. But he still made plenty of news headlines for taking repeated swipes at President Trump, Vice President Pence, and the Commander-in-Chief’s daughter Ivanka Trump, whom he disrespectfully cursed at via Twitter for her attendance at the closing ceremonies.

The American freestyle skier obviously wanted the world to know how much of a classless ass he is, keeping busy on Twitter after his poor Olympic performance. After refusing to shake Vice President Pence’s hand because he supposedly had a broken thumb, the native of Great Britain, who now lives in Telluride, Colorado, apparently cracked himself up by making jest at Russia’s win in men’s hockey.

“Russia’s biggest win since the 2016 US Presidential election!” the insolent loudmouth tweeted on February 25, referring to the widespread conspiracy theory that Russian “meddling” led to Hillary Clinton’s presidential loss.

Kenworthy further disrespected his country’s government when, just two hours later, he tweeted a few more nasty comments against Ivanka Trump. In response to Ivanka’s presence at the closing ceremonies to show support for Team U.S.A., of which Kenworthy is a part (even though he’s technically British), the garish gay man essentially spit in her face via social media.

“So proud of all these people! Everybody here has worked so hard to make it to the Olympics and have the opportunity to walk in the closing ceremony! Well… Everyone except Ivanka. Honestly, tf is she doing here??” Kenworthy tweeted, the “tf” in his tweet is short-hand for the words, “the f***.”

Boycott Procter & Gamble, the multinational corporation that pays Gus Kenworthy to be one of its “brand ambassadors”

It’s all been fun and games for this immature little brat of a man, and he probably assumes that, despite his tawdry and completely inappropriate behavior as a supposed representative of our nation, there’s not much that anyone can really do about it. But, boy is he wrong.