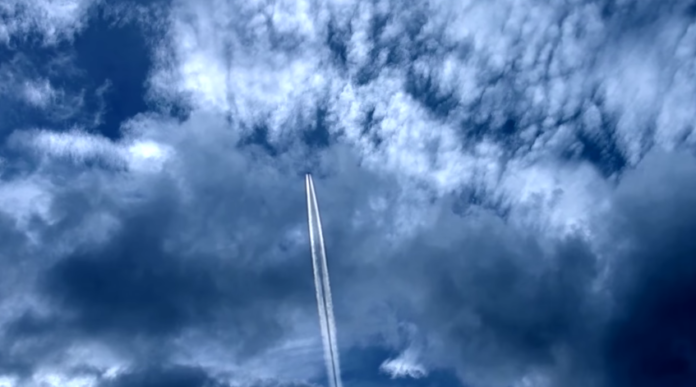 (Natural News) It’s getting harder to convince people that chemtrails are merely a conspiracy theory when even meteorologists are discussing geoengineering on TV while giving their forecasts.

Geoengineering entails spraying materials like aluminum, barium, strontium and plastics into the atmosphere on the pretense of protecting the planet from global warming. A few years ago, if you questioned the white lines streaking across the sky and theorized they were chemicals, you would be mocked; now, you are expected to believe that injecting aerosols into the atmosphere can save the planet.

Even meteorologists are openly admitting that this takes place, with one saying in a West Coast weather report on a station only identified as News 10 that can be viewed on YouTube:

Then you see these bands of very distinct cloud cover moving into the region. That is not rain, that is not snow. Believe it or not, military aircraft flying through the region was dropping chaff – small bits of aluminum. Sometimes it’s made of plastic or even metallicized paper products, but it’s used as an anti-radar issue and obviously they’re practicing.

He added: “Now they won’t confirm that, but I was in the Marine Corps for many years and I’ll tell you right now, that’s what it is.”

In another video from Florida, a meteorologist points to a large area of blue on the map and says: “That’s what we call military chaff, and the military releases some things in the atmosphere… I know.”

Yet another video shows a Southern California meteorologist saying that chaff has been sprayed over the area and is interfering with their satellite data.

What is floating around in the air we breathe?