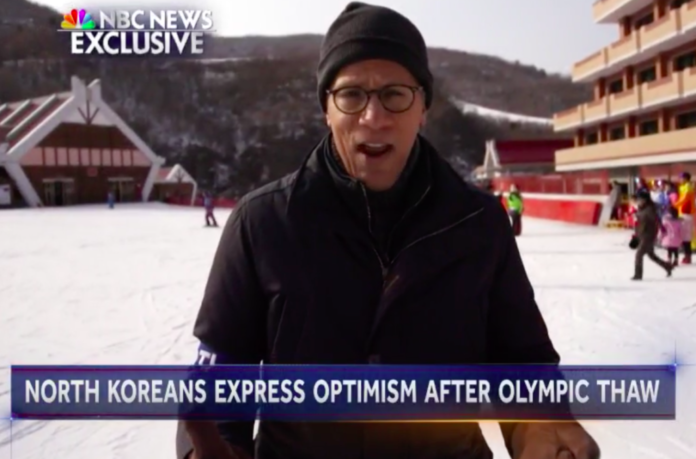 (Natural News) Journalism just isn’t what it used to be. Unfortunately, most of today’s journalists are people who care more about conveying a certain idea or agenda than about investigating and making sure that they are reporting the truth.

One of these so-called “journalists” that doesn’t care very much about facts is none other than “Nightly News” anchor Lester Holt, who was recently fooled by North Korean propagandists even though it was blatantly obvious that the regime had staged the scene Holt was reporting from.

Specifically, Lester Holt was providing commentary from the Masikryong ski resort in North Korea, explaining that the resort is a “source of immense pride for a country trying to present a new and modern face to the world.” As he spoke, dozens of skiers are seen behind him waiting in line for the chairlift and skiing down the mountain, which would be a normal sight had Holt been reporting from somewhere within the United States of another capitalist society, but not in North Korea.