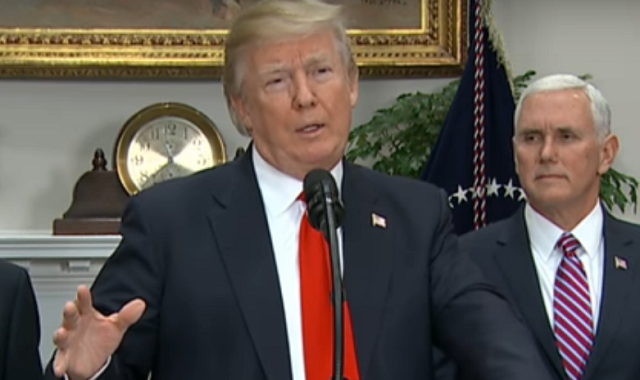 The memo reportedly says the FBI used the widely-discredited “Trump-Russia Dossier” as a pretext for getting wiretaps against US citizens approved under the FISA program.

The campaign to #ReleaseTheMemo has succeeded.

Republicans on the US House Intelligence Committee have voted to release a controversial memo that alleges anti-Trump bias in the US Justice Department – particularly the FBI.

Now, the document goes to US President Donald Trump, who will have final authority over whether it is released to the public – something Trump has said he supports.

As noted by The Hill, “Some Republicans who have read the memo have hinted heavily that it contains information that could unravel the entire Mueller investigation, long described by the president as a “witch hunt.” The precise contents of the memo remain unknown. However, it’s believed to contain allegations that the FBI did not adequately explain to a clandestine court that some of the information it used in a surveillance warrant application for Trump adviser Carter Page came from opposition research partially funded by the Clinton campaign, now known as the “Steele dossier.”’

The release of the memo comes as opinion on the Mueller investigation continues to fracture along party lines, with many Republicans seeing it as a witch-hunt, while Democrats are placing their impeachment hopes on the investigation’s conclusion.