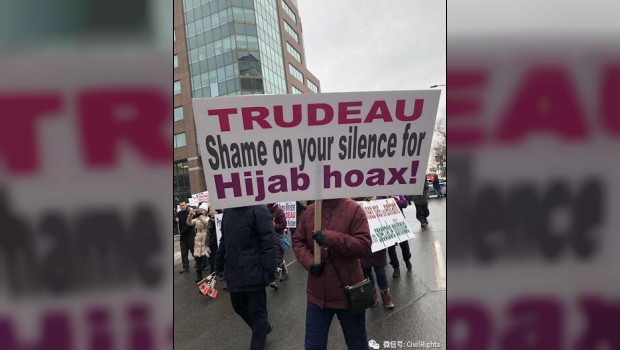 Anger continues to grow among countless Canadians, yet Trudeau continues to show his disgraceful arrogance and elitism by refusing to acknowledge the disservice he did.

Justin Trudeau played a key role – perhaps the key role – in helping spread the story of a girl who said she had her hijab cut.

Of course, we now know that story was a hoax.

The story falsely implicated an ‘Asian man’ and ended up spreading throughout the world, in large part because Justin Trudeau pushed it on social media and in a press conference.

After it was revealed to be false, he refused to apologize, particularly to the many Canadians from an Asian background who are outraged at what took place.

As a result of this growing anger, there are protests taking place across Canada yesterday, today, and tomorrow in Montreal, Toronto, London, Regina, and Edmonton.

The lack of media coverage has been notable, and shows the complicity of much of the corrupt establishment elites in covering up for Justin Trudeau and refusing to shar