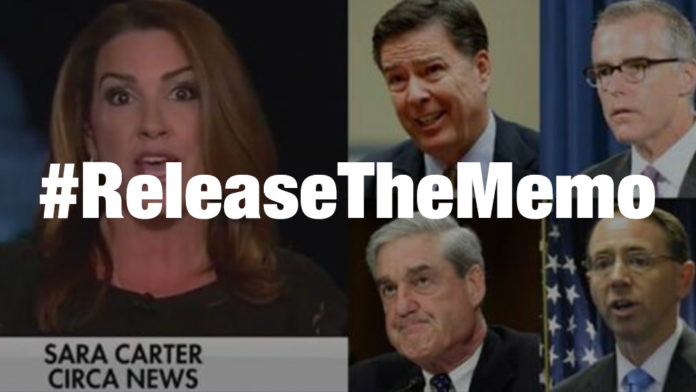 (Natural News) While the entire legacy media is running a complete news blackout on this exploding scandal — now shaping up to be the most horrific political crime in the history of this nation — Americans are demanding federal officials #ReleaseTheMemo so that people can see for themselves what really happened.

The magnitude of this scandal is off the charts. It makes Watergate look like child’s play. According to numerous sources (see below), this scandal reveals how Obama, the DOJ, the FBI and the Clinton campaign all conspired to fabricate false “intel” to justify illegal spying on their political enemies (the Trump campaign). In other words, the U.S. intelligence community tried to steal an election but failed, and now they’re all about to be exposed (and go to jail).

As you might have expected, the entire corporate-run media system is refusing to report anything about this story. But independent reporters like Sara Carter (Circa News) have been relentlessly pursuing the truth, and Sean Hannity has led the way on publicizing the details even as the legacy media tries to keep Americans in the dark.