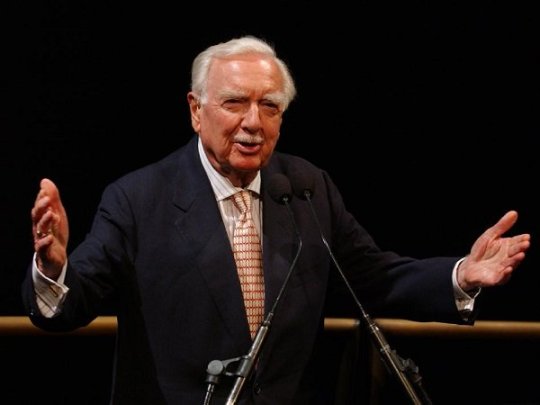 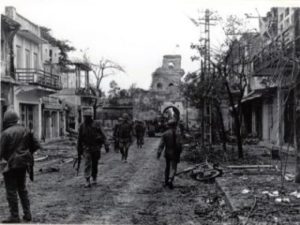 Editor’s note: With the 50th anniversary of the Tet Offensive in Vietnam, WND takes a fresh look at the way CBS News anchorman Walter Cronkite’s famous 1968 editorial altered U.S. public opinion about the war – a broadcast that was untrue, turning a monumental defeat for the North Vietnamese and Viet Cong forces into a propaganda victory. This is the last of a three-part series. See Part 1: ‘Lost’ Cronkite broadcast reveals 180-degree war flip and Part 2: Cronkite admitted blowing it on his famous commentary

WASHINGTON – It was an unlikely road Walter Cronkite traversed on his way to becoming “the most trusted man in America,” positioning him to be the first TV anchor in America to declare a U.S. war over.

The story was told publicly in the July 10, 2000, edition of the Nation, a Marxist-oriented journal, in a report on the death of Blair Clark, who served as editor of the Nation from 1976 through 1978: “Whether it was calling on Philip Roth to recommend a Nation literary editor or persuading CBS News president Richard Salant to make Walter Cronkite anchor of CBS Evening News, Blair had a gift for the recognition and recruitment of excellence.”

Clark was not only the editor of the Nation, he was also heir to the Clark thread fortune, a Harvard classmate and friend of John F. Kennedy, a buddy of Washington Post Editor Ben Bradlee and the manager of Eugene McCarthy’s 1968 campaign for the Democratic Party presidential nomination.

He veered back and forth between politics and journalism seamlessly as an associate publisher of the New York Post, a reporter for the St. Louis Post-Dispatch, vice president and general manager of CBS News and yet remained a fixture in Democratic Party politics throughout his career.

Cronkite never graduated from college. He had entered the University of Texas at Austin, but left to take a part-time job reporting for the Houston Post. In 1939, he got a job at United Press and covered World War II.

While working for UP, Cronkite was offered a job at CBS by Edward R. Murrow – and turned it down. He finally accepted a second offer in 1950, and stepped into the new medium of television.

He became the host of “You Are There” in which key moments of history were recreated by actors. Cronkite was depicted on camera interviewing “Joan of Arc” or “Sigmund Freud.” But somehow, he managed to make it believable.

From that entertainment series, he went on to be named host of “The Morning Show” on CBS, where he was paired with a partner: a puppet named Charlemagne. In 1961, CBS named him the anchor of the “CBS Evening News” – a 15-minute news summary anchored for several years by Douglas Edwards, thanks to prodding from a socialist activist who edited the Nation.

Just a few years later, his commentaries on the Vietnam War were credited with turning the tide of American opinion against that conflict.

“But Walter was always more than just an anchor,” said Barack Obama upon his death. “He was someone we could trust to guide us through the most important issues of the day; a voice of certainty in an uncertain world. He was family. He invited us to believe in him, and he never let us down. This country has lost an icon and a dear friend, and he will be truly missed.”

After leaving his position with CBS, Cronkite’s political activism and offbeat ideas had no restraints.

In 1989, Cronkite spoke to a dinner organized by People for the American Way, a far-left group founded by Norman Lear. His candid politics surprised even that audience.

“I know liberalism isn’t dead in this country,” he said. “It simply has, temporarily we hope, lost its voice.”

“About the Democratic loss in this election … it was not just a campaign strategy built on a defensive philosophy. It was not just an opposition that conducted one of the most sophisticated and cynical campaigns ever. … It was the fault of too many who found their voices stilled by subtle ideological intimidation.”

“We know that unilateral action in Grenada and Tripoli was wrong. We know that Star Wars means uncontrollable escalation of the arms race. We know that the real threat to democracy is half a nation in poverty. … We know that religious beliefs cannot define patriotism. … God Almighty, we’ve got to shout these truths in which we believe from the housetops. Like that scene in the movie ‘Network,’ we’ve got to throw open our windows and shout these truths to the streets and the heavens. And I bet we’ll find more windows are thrown open to join the chorus than we’d ever dreamed possible.”

In 1999, he appeared at the United Nations to accept the Norman Cousins Global Governance Award from the World Federalist Association. He told those assembled, including Hillary Rodham Clinton, that the first step toward achieving a one-world government – his personal dream – is to strengthen the United Nations.

“It seems to many of us that if we are to avoid the eventual catastrophic world conflict, we must strengthen the United Nations as a first step toward a world government patterned after our own government with a legislature, executive and judiciary, and police to enforce its international laws and keep the peace,” he said. “To do that, of course, we Americans will have to yield up some of our sovereignty. That would be a bitter pill. It would take a lot of courage, a lot of faith in the new order.”

In his acceptance speech, Cronkite added, “Pat Robertson has written in a book a few years ago that we should have a world government, but only when the Messiah arrives. He wrote, literally, any attempt to achieve world order before that time must be the work of the devil. Well, join me. I’m glad to sit here at the right hand of Satan.”

Hillary Clinton was not just an attendee at the event. After his speech, the then-first lady congratulated Cronkite, saying, “For decades you told us ‘the way it is,’ but tonight we honor you for fighting for the way it could be.”

Later, in an interview with the BBC, Cronkite described this new order as something that sounded like a militaristic world dictatorship.

“I wouldn’t give up on the U.N. yet,” he said. “I think we are realizing that we are going to have to have an international rule of law. We need not only an executive to make international law, but we need the military forces to enforce that law and the judicial system to bring the criminals to justice before they have the opportunity to build military forces that use these horrid weapons that rogue nations and movements can get hold of – germs and atomic weapons.”

He spoke openly about the need for America to give up its national sovereignty.

“American people are going to begin to realize they are going to have to yield some sovereignty to an international body to enforce world law, and I think that’s going to come to other people as well,” he said. “It’s a fair distance to get there, but we are not ever going to get there unless we keep trying to push ourselves onto the road.”

If you appreciate this kind of journalism, please consider making a contribution – large or small – as encouragement to the WND team to do more like it. Here are several ways you can help: