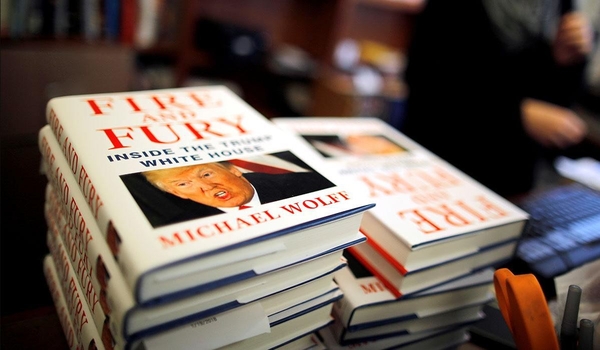 Having encountered Michael Wolff and having had an acidulous public exchange with him, I attest that he is an utterly odious man. He can’t write properly, has no professional integrity, and is a sociophobic mud-slinger and myth-maker. His entry into the continuing Trump controversy in its twilight proclaims that we have reached the era of the swiftly evaporating, nausea-inducing nothingburger. And yet, in what will surely prove the one civically useful thing Wolff will have done in his adult life, he has performed almost the final evisceration of the throbbing pustule of deranged Trumpophobia. His book is so overtly and egregiously false, so completely worthless as an account of what is happening in the White House, the respectable elements of Trumpophobia are finally taking to the lifeboats. They can no longer do boat drill with, and wear the same uniform as, the psychotics, the displaced crooks and decayed servitors of Clintonia, and the violent riff-raff of the extreme Left and Right.