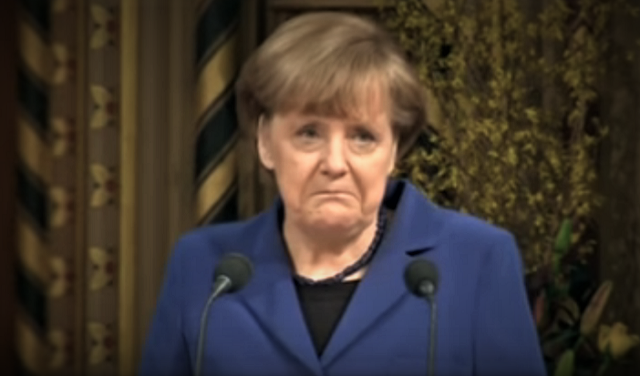 As part of what appears to be a new coalition deal, the German government led by Angela Merkel will abandon their 2020 climate target.

According to Reuters, “Germany’s would-be coalition partners have agreed to drop plans to lower carbon dioxide emissions by 40 percent from 1990 levels by 2020, sources familiar with negotiations said on Monday — a potential embarrassment for Chancellor Angela Merkel.”

The reason Germany will miss their targets (aside from them being set way too high in the first place), is that massive immigration and a growth in the size of the overall economy means the targets can’t realistically be met.

Of course, the globalist elites have tried to say that climate policies wouldn’t hurt the economy, yet this report clearly shows that to be a lie. If they were to push ahead with the targets, they would have to weaken the economy through additional taxes and regulations, making people poorer.

Somehow, they were ignorant of the fact that economic growth and more people in a country both contribute to increased emissions, meaning any plan that doesn’t take that into account is doomed to fail.