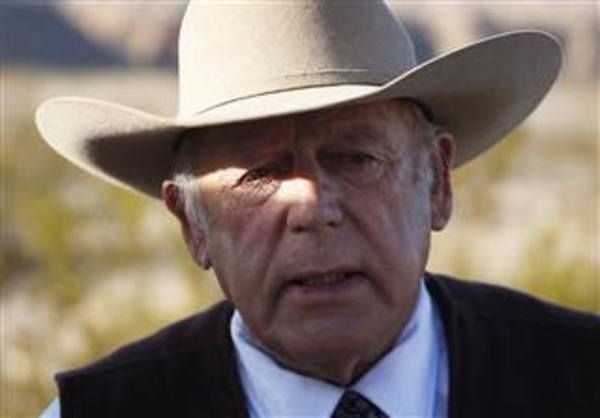 Jailed cattle rancher Cliven Bundy claims President Barack Obama, Nevada Sen. Harry Reid and others have stifled his constitutional rights as he sits in solitary confinement on charges stemming from a 2014 federal standoff, according to a lawsuit filed Tuesday.

Bundy, 70, is seeking $50 million for the “illegal, unconstitutional, intentional and malicious acts” of the defendants, and wants an indictment against him quashed and his immediate release from jail in Portland, Oregon.

Bundy added that he’s been in solitary since his arrest earlier this year — which constitutes “cruel and unusual punishment,” claims the suit, filed in U.S. District Court in Nevada.

Bundy also wants federal Judge Gloria Navarro, named as another defendant, removed from the criminal case and for politically conservative attorney Larry Klayman to help defend him in Nevada.

The cowboy hat-wearing Bundy became a national figure — and hero in some conservative corners — when he led an armed confrontation against federal rangers over a land dispute in his home state of Nevada. The father of 14 — along with his posse of supporters — clashed with the rangers who tried to execute a court order to confiscate 500 of his cattle after they were illegally grazing on public land and he failed to pay $1 million in grazing fees.