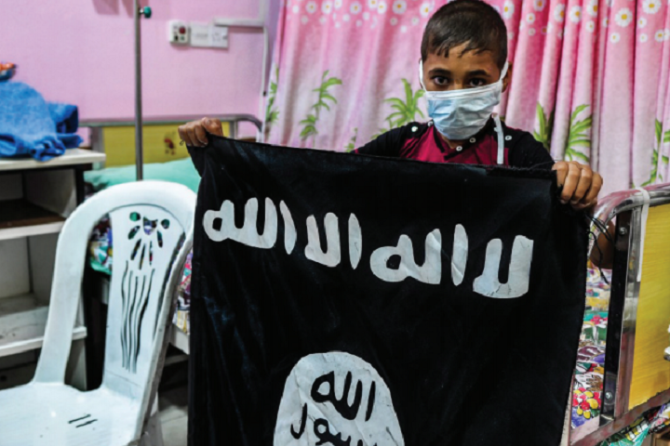 “We know that actually someone who has engaged and turned away from … hateful ideology can be an extraordinarily powerful voice for preventing radicalization,” Canada’s Prime Minister has said about those who may return to Canada after setting off and joining the ranks of the self-proclaimed Islamic State.

ISIS remains unrepentant about committing some of the most vicious cruelty toward humanity since the Schutz Staffel of Adolf Hitler led Nazi legions in the systemic elimination of millions of lives.  Their God was national socialism, their mission foretold by the promise of an Aryan-dominated Thousand-Year Reich.

ISIS has (or had) its Caliphate and committed genocidal carnage, buttressed by acts of individual brutality intended to lead to a foretold end-days battle in the Syrian town of Dabiq.

In 2014, the masked figure who became the international voice of ISIS, dubbed “Jihadi John,” is seen in a video in Dabiq.  The video shows the beheading of American aid volunteer Peter Kassig and 16 Syrian soldiers. Jihadi John spoke of ISIS “eagerly waiting for the remainder of your armies to arrive.”

There were more beheadings, sexual slavery, the setting ablaze of a Jordanian air force pilot, gay men being thrown from rooftops and calls on distant supporters to carry out acts of global terrorism.