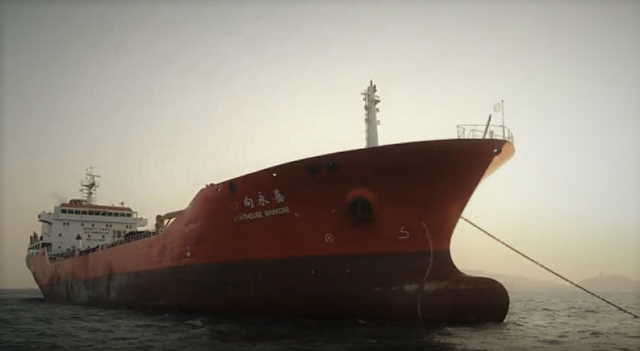 South Korea says they are holding the Lighthouse Winmore – a Hong Kong-flagged ship that was allegedly selling oil to North Korea.

According to the Associated Press, “The Lighthouse Winmore is believed to have transferred about 600 tons of refined petroleum products to the North Korean ship, the Sam Jong 2, in international waters in the East China Sea on Oct. 19, after leaving the South Korean port of Yeosu, a South Korean Foreign Ministry official said.”