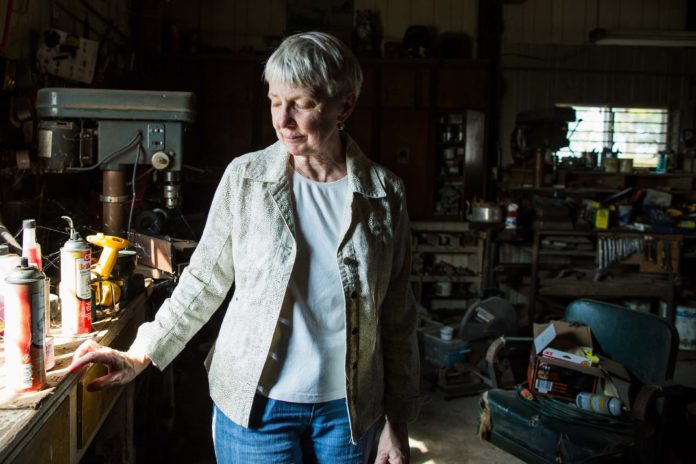 The suicide rate for farmers is more than double that of veterans. Former farmer Debbie Weingarten gives an insider’s perspective on farm life – and how to help

It is dark in the workshop, but what light there is streams in patches through the windows. Cobwebs coat the wrenches, the cans of spray paint and the rungs of an old wooden chair where Matt Peters used to sit. A stereo plays country music, left on by the renter who now uses the shop.

Ginnie pauses at the desk where she found her husband Matt’s letter on the night he died.

“My dearest love,” it began, and continued for pages. “I have torment in my head.”

On the morning of his last day, 12 May 2011, Matt stood in the kitchen of their farmhouse.

It was planting season, and stress was high. Matt worried about the weather and worked around the clock to get his crop in the ground on time. He hadn’t slept in three nights and was struggling to make decisions.

Ginnie felt an “oppressive sense of dread” that intensified as the day wore on. At dinnertime, his truck was gone and Matt wasn’t answering his phone. It was dark when she found the letter. “I just knew,” Ginnie says. She called 911 immediately, but by the time the authorities located his truck, Matt had taken his life.