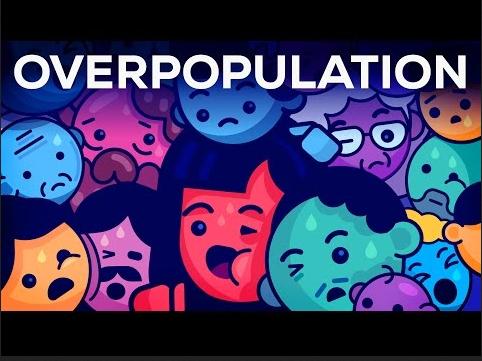 NBC News Think, published an essay by bioethicist, Travis Rieder who alleges that having children is bad for the environment and morally suspect. Why? Because it supposedly causes global warming and puts unsustainable demands on global resources. [Once again, mainstream is seen promoting the collectivist agenda.]  -GEG

In a provocative new essay, NBC News Think claims that science has proven that having kids is bad for the environment and therefore “having many children is wrong, or at least morally suspect.”

In an article titled “Science proves kids are bad for Earth: Morality suggests we stop having them,” bioethicist Travis Rieder argues that having a child “is a major contributor to climate change” and thus “everyone on Earth ought to consider having fewer children.”

In an ominous warning to parents, Rieder declares that we “need to stop pretending kids don’t have environmental and ethical consequences” before comparing the decision to have children to that of freeing a convicted murderer from jail.

Consider this case, Rieder proposes: “If I release a murderer from prison, knowing full well that he intends to kill innocent people, then I bear some responsibility for those deaths — even though the killer is also fully responsible.”

“Something similar is true, I think, when it comes to having children,” Rieder continues. “Once my daughter is an autonomous agent, she will be responsible for her emissions. But that doesn’t negate my responsibility.”

The unarticulated supposition behind this line of reasoning is that the environment is valuable for its own sake, rather than the sake of the human beings who inhabit the earth. Therefore, if humans cause dangerous climate change, fewer humans is a good thing.

Similar arguments were famously employed by Paul Ehrlich, author of the 1968 doomsday bestseller, The Population Bomb, which spawned mass hysteria over the future of the world and the earth’s ability to sustain human life.

To allow women to have as many children as they want, Ehrlich said, is like letting people “throw as much of their garbage into their neighbor’s backyard as they want.”

As a logical consequence of his position, Ehrlich has defended mass sterilization, sex-selective abortion and infanticide, since by his worldview human beings are the enemies of the planet. For the religion of environmentalism, overbreeding is a mortal sin while population control by any means is a sacrament.

Although Ehrlich’s apocalyptic thesis proved to be spectacularly wrong, it has shown remarkable resilience, as Wednesday’s article in NBC Think demonstrates.

Ehrlich sold the world the idea that mankind stood on the brink of Armageddon because there was simply no way to feed the exponentially increasing world population, while climate alarmists now say that the environment cannot sustain the procreation of little carbon dioxide emitters. The earlier thesis focused on consumption while the newer version underscores output. The conclusion is the same.

Rieder claims that the science behind his contentions “is fairly well-established,” since scientists have shown “that having a child, especially for the world’s wealthy, is one of the worst things you can do for the environment.”