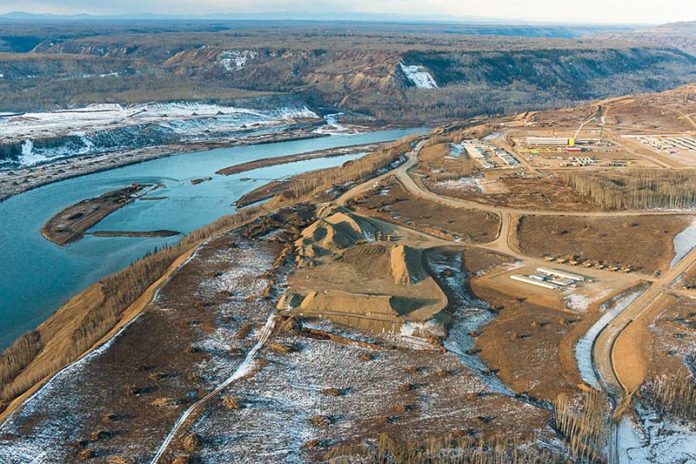 WAC Bennett … to those whose political/historical knowledge goes that far back … was an iconic BC leader … still remembered by most MORE for his accomplishments than his blemishes.

“ Bennett advocated in 1955 for a universal medical, dental, hospital, and pharmaceutical insurance coverage.  Universal, publicly funded medical and hospital insurance was introduced as part of the federal government’s creation of what became known as Medicare”, reminds Wikipedia.

And Bennett introduced a provincial sales tax to raise money to pay for it.

That was YEARS before Saskatchewan Premier Tommy Douglas introduced the actual legislation to make public health care a reality in 1962.

That was truly bold and imaginative at that time.

But Bennett is better remembered for a greater legacy: BC-owned and BC developed HUGE hydro power projects … including the Columbia and Peace River dams that …. for generations… have brought British Columbian homes and industries enormous amounts of electricity … cheaper than anywhere else in North America.

And the LEGACY of Bennett’s bold moves … no doubt opposed, chastised and condemned by hordes of political opponents, anti-development  naysayers … also have brought BC BILLIONS of dollars in revenues to fund public programs.

And, much to the chagrin of his political foes, Bennett went on to win SEVEN consecutive elections … a feat so far never again repeated by any party/leader in BC.

History has been kinder to WAC’s vision and Hydro development strategies than his opponents at the time.

In fact, I dare say many of those who have opposed/protested Site C have benefitted greatly from WAC’s Hydro mega-project dams … and so have many of their parents, grandparents .. even kids. Lucky for them, and for the rest of us,  he did not yield to the pressures/protestors back then.

Hydro power construction projects enriched MANY BC communities; helped fund so much of the province’s infrastructure development; pay for new post-secondary institutions and universities; and brought BC BILLIONS in export revenues.

Site C can do the same.

Yes, it’s development was mishandled; yes, its construction costs are higher than expected (aren’t ALL major projects?); yes, there are new developments in alternative energy production that should be pursued and even encouraged.

But let’s keep it real.

Despite all the MODERN   hordes of political opponents, anti-development  naysayers … Site C will not go to waste: over the long-term it too will bring the province huge amounts of electric power needed for future development, billions in revenues from domestic and export power sales.

And let’s face it, by delaying the project for a few years or a decade, until really needed to expand BC industries and economy, costs will not go down.

Despite all the LOUD sound and fury coming from those who oppose it, a recent Angus Reid poll showed ONLY 27% of British Columbians want Site C canceled: 45% said it should Go ahead; 28% were unsure … not a rational reason for a government to stop ANY major project and send thousands of well-employed and well-paid workers packing..

Site C  SHOULD go ahead.

It may indeed prove to be LAST major hydro project in BC … but, despite the costs,  future generations decades from will benefit from the HUGE volumes of power produced.. and the revenues from their sales.

My only caveat: the provincial government should … and I’m sure can … use some of those additional revenues they told us BC will gain from their fine stewardship of our economy to mitigate current and future Hydro consumer costs to pay for completion of the project.

Site C will provide Premier John Horgan and his NDP government a success and legacy that will bring BC benefits well after their term of office …be it ONE or SEVEN like WAC … have become part of the province’s history.