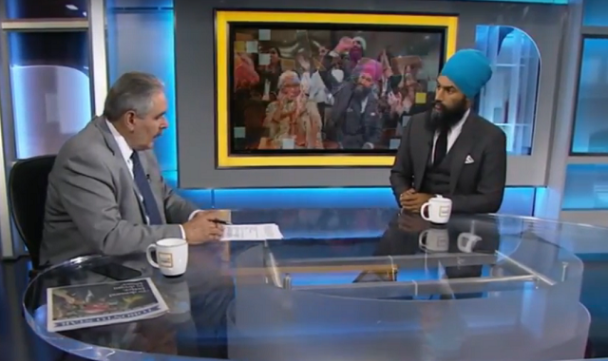 In an interview with Power & Politics on CBC, new NDP leader Jagmeet Singh was repeatedly asked the following question by reporter Terry Milewski: Is it acceptable for Talwinder Singh Parmar – who Milewski refers to as the architect of the Air India Bombings and Canada’s worst mass murderer – to be held up as a martyr and have posters of him displayed in a positive manner?

Singh was asked the question four separate times. Each time, he chose not to give a yes or no answer, instead trying to direct the conversation onto his vague Trudeau-style talking points – though he did clearly denounce the bombing as he has in the past. Watch the tense exchange below:

Jagmeet Singh wanted the interview questions ahead of time.