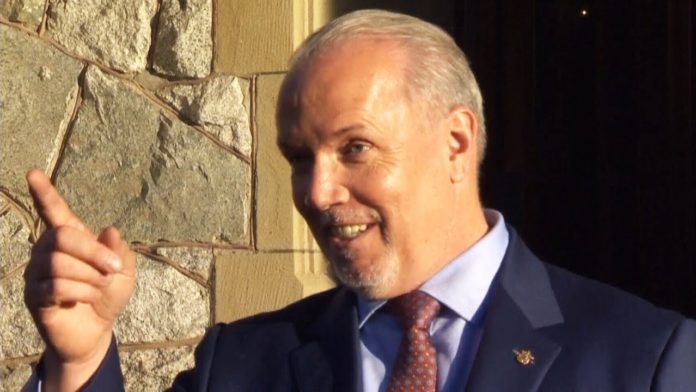 Premier John Horgan won’t say it, but he knows his ascension to power Tuesday is more of an AUDITION for the real job he still covets: a majority NDP government.

How Horgan and his NDP Cabinet handle their first term in office … propped up by three Green MLAs … will determine whether they get a second term … in the next election,  that will likely take place sooner than four year … a LOT sooner.

Or are sent back to the Opposition benches for another decade or more.

It will be no easy task: just read the Greens platform/beliefs (http://www.bcgreens.ca/platform)  and you will soon see many ideas, policies and proposals that will NOT fly with a MAJORITY of BC voters …urban or rural.

The challenge for Horgan/NDP will be to accept just enough Green ideas/pressures to keep them onside … and stay in power until the NDP are ready to go again …  without being identified too closely by most of the public with the Greens’ more radical ideas … and without giving the Liberals too much time to reorganize, restructure and reform their policies.

Remember, the Greens received only 16.84% of the total BC popular vote … not exactly an indication of GREAT support among MOST British Columbians. And clearly, by forcing the NDP to depend on them to stay in office, they are pulling well beyond any political power they truly deserve.

Horgan is well aware the Liberals still received the highest number popular vote 40.36%; just edging out the NDP at 40.28% … making the NDP grasp on power tenuous, to put it mildly … so practices, policies and performance over the next 12 months will seal the party’s future for a much longer time.

Meanwhile, I kind of like Horgan’s first Cabinet selections: if change is indeed as good as a rest, we certainly will see a lot of changes coming!

A big weakness: almost two-thirds of the 22-member Cabinet hail from the Lower Mainland;  a Cabinet that is highly reflective of BC’s current urban/rural political divide.

With so many issues touching on that divide … softwood lumber, Site C, Kinder Morgan, wildfire impacts and restorations, First Nations poverty, environmental impacts and rural employment challenges … Horgan and his team will certainly have their work cut out for them.

All the while well aware that British Columbians will be CLOSELY watching their every move.