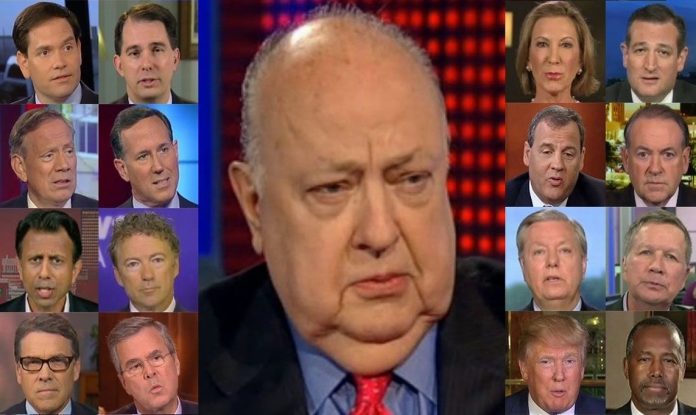 The U.S. Senate Intelligence Committee recently held a hearing devoted, in part, to accusations that Russia initiated a massive «fake news» campaign against the United States during the 2016 election. It must be pointed out that the popularity of alternative foreign news sources for the American public came after the «dumbing down» of U.S. news consumers by a «infotainment» industry, headquartered in Los Angeles and New York, that dished massive amounts of «phony news» to America on a 24 by 7 basis.

When Russia Today (RT), China’s CCTV, Al Jazeera, Latin America’s Telesur, and Iran’sPress TV happened upon the scene in the United States, they became instantly popular for providing actual news instead of incessant pabulum about maladjusted Hollywood celebrities. After the September 11, 2001 terrorist attacks, many Americans were tired of their foreign news being filtered through the lenses of the Pentagon, Central Intelligence Agency, and Council on Foreign Relations.

No sooner had many Americans started switching their televisions to RT, Al Jazeera, and other international satellite news networks, American politicians like then-Secretary of State Hillary Clinton, herself no stranger to issuing forth propaganda masked as news, and their puppets in the media, began complaining about «foreign propaganda» aimed at Americans. The term «foreign propaganda» has now been changed to «fake news» because the Latin word «propaganda» was seen by the U.S. intelligence news manipulators as too hard for dumbed-down Americans in the hinterlands of the nation to understand.

To demonize Russia and the Trump administration in a single fell swoop, the CIA and National Security Agency permitted several former employees to take to the airwaves on television, radio, and Twitter to lambaste Trump for alleged connections to the Russian government and relying on Russian-directed «fake news» trolls and bots during the 2016 campaign. When the CIA, NSA, National Security Council, and other U.S. intelligence agencies encourage their former employees and retirees to take to public media, it is to advance a U.S. intelligence agenda. CIA field operatives are trained to lie. However, that fact is lost on U.S. media networks that are happy to have such purveyors of false propaganda to rant and rave about Russia, Trump, foreign lobbyists, and other self-invoked «demons».

The biggest fraud is MS-NBC’s featuring a «U.S. intelligence expert» whose highest rank in the U.S. Navy was Senior Chief Petty Officer. This individual acts as though he enjoys access to all-source intelligence, something he would not have been authorized to view even on active military duty as an Arabic linguist for NSA. Chief Petty Officers, who are enlisted personnel and not officers, seem to have, at least for MS-NBC producers, been placed on par with two- or three-star admirals. This is but one example of the scarcity of individuals in the corporate media who have even a small degree of experience in the military or the intelligence community.

Another intelligence «expert» hired by CNN was transferred from the CIA’s Office of Gulf Affairs in early 2001 to the George W. Bush National Security Council. Yet, this chest-beating «expert», who rails against «Russian influence» over the Trump White House, was unable to ascertain that Saudi and Gulf money was being used in early- and mid-2001 to finance a group of Al Qaeda terrorists who would later take credit for the 9/11 attack.

Fox News uses the «expertise» of a former CIA operations officer whose post-CIA claim to fame has been to appear on «shock jock» radio programs of such New York-based hosts as Don Imus and Gregg «Opie» Hughes and Anthony Cumia («Opie & Anthony»). This particular former CIA officer has been a cheerleader for assigning all blame for Trump’s «Russia problems» on former national security adviser Michael Flynn, claiming that Flynn’s greatest «crime» was not being truthful with Vice President Mike Pence about previous lobbyist connections. Only in the minds of these professional purveyors of disinformation could lying to a creepy former Indiana talk radio host like Pence be akin to a «crime».

Former high-level U.S. intelligence officials, including acting CIA directors Michael Morell and John McLaughlin, CIA and NSA director Michael Hayden, and CIA general counsel John Rizzo, have not been shy about appearing on television deriding Trump and his officials for Russia contacts. This points to a new politicization of the U.S. intelligence hierarchy unseen in the past. By beating the path to every television studio willing to have them on the air calling for severe retributions for the Trump White House, these members of the intelligence shadow hierarchy give rise to allegations of a «deep state» conspiracy against the U.S. administration.