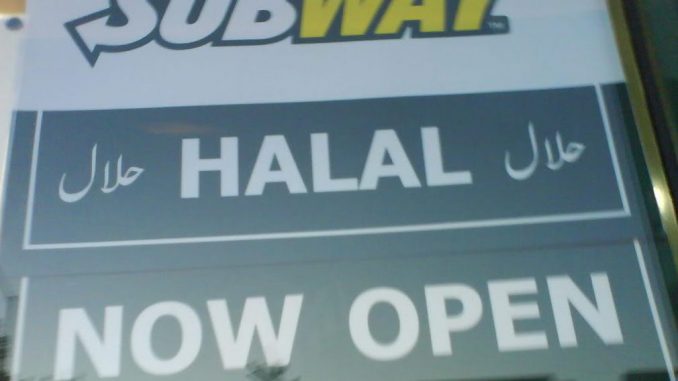 Fast food giant Subway has removed ham and bacon from menus in 185 stores and switched to halal meat in the UK after “strong demands” by Muslims.

Halal foods are foods that Muslims are allowed to eat or drink under Islamic law. Pork isn’t permitted and the slaughtering of animals must be performed by a Muslim, who first invokes the name of Allah, cuts the throat, windpipe and the blood vessels (while the animal is conscious), and drains all the blood from the veins.

Daily Mail reports: Fear of Muslims has multiplied greatly after the London bombings in July 2005. Muslims make up 4.8% of the population, which is up 3% from 2001. Muslims constitute 12.4% of the London population and 7% in the West Midlands and Yorkshire and the Humber.