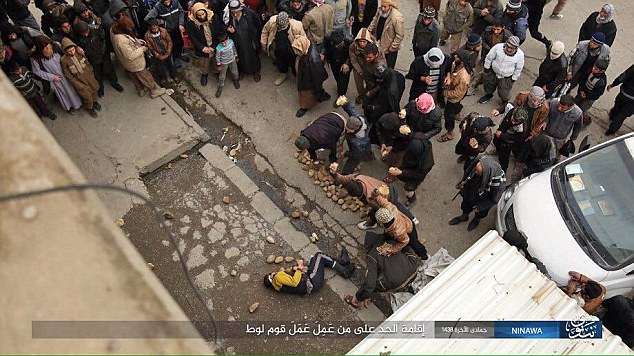 ISIS have thrown a young man to his death from a rooftop and pelted him with rocks after discovering he was gay.

The barbaric mob released pictures of the public execution in Mosul which was carried out in the name of Allah and Islam through Sharia Law.

A crowd of people had gathered to watch the youth take his final breath and throw stones at him, all because of his sexuality.