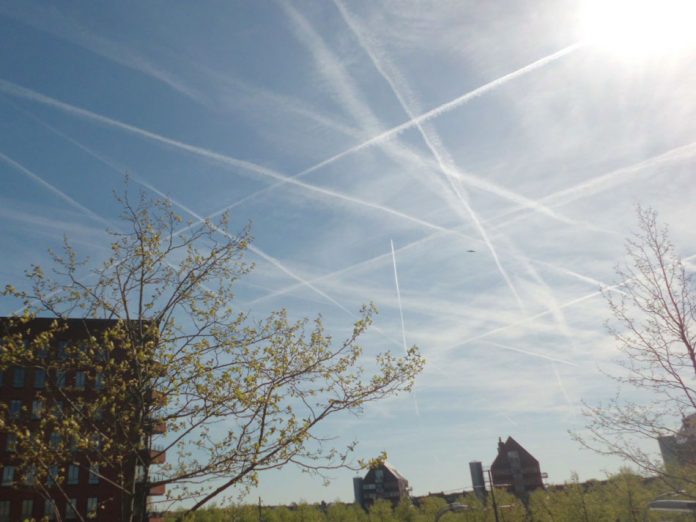 But its already happening…

It’s official: the US government’s partners in academia are going to openly spray us. It’s a move toward a future where they openly spray the skies to supposedly fight climate change.

Harvard scientist David Keith and his partner are going to spray the sky with aluminum oxide and other chemicals to “experiment” with geoengineering: solar radiation management (SRM) as they call it, to block out the sun.

They want to block out the sun to supposedly combat climate change, but the well documented history of weather modification for military purposes suggests there are other motives.

According to MIT’s Technology Review:

“A pair of Harvard climate scientists are preparing small-scale atmospheric experiments that could offer insights into the feasibility and risks of deliberately altering the climate to ease global warming.

They would be among the earliest official geoengineering-related experiments conducted outside of a controlled laboratory or computer model, underscoring the growing sense of urgency among scientists to begin seriously studying the possibility as the threat of climate change mounts.