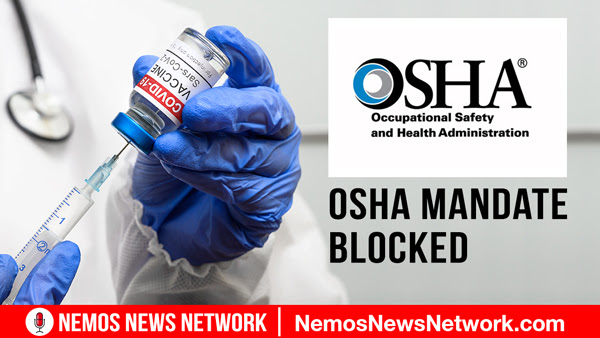 In this episode of The Silent War:

One High School In Austin Removed Doors To All Student Bathrooms.

Houston Health Dept Workers Caught on VIDEO Going Door-to-Door Asking Residents – “Have you been vaccinated?…Which one did you get?” – Remember, if you have a no trespassing sign that specificies no VAX inquirers – you can charge them with Trespass.

A Texas Deputy Fighting for His Life While Hospital Forces Family to Fight Court Battle, He’s probably not gonna make it – but this is just one of thousands of people who are being subjected to the very same treatment today.

FDA Won’t Release Information on Pfizer COVID Vaccine Trials for Another 55 Years – What Are They Hiding?

Pfizer Hid from Public the Number of Deaths in COVID Clinical Trials — Actual Number Was 21 Which Was 6 More than was Reported and 4 More than Unvaccinated Group.

Archbishop Carlo Maria Viganò Calls on People of Faith to Unite in a Worldwide Anti-Globalist Alliance to Free Humanity from the Totalitarian Regime.

AZ State Senator Wendy Rogers: “Why Haven’t We Heard Anything From Brnovich Yet?”

Vice-Chairman of the Joint Chiefs General John Hyten spoke with CBS News’ David Martin and said China’s recent hypersonic missile test that went around the world “is a very significant capability that has the potential to change a lot of things.”

With Oil Prices Up More than 60% in a Year Biden Decides to Sell US Oil Reserves Overseas to Asia.

A Resolution to Decertify the 2020 Election in Wisconsin.

In the Trial of Saint Kyle, Jurors continue to Stall for time, as Riots begin to brew outside the courthouse and MSNBC was BANNED FROM the RITTENHOUSE TRIAL AND COURTHOUSE! a Reporter was Taken Into Custody – Was Following, Stalking Jury Bus and Ran Red Light!!

In Case You Missed It: