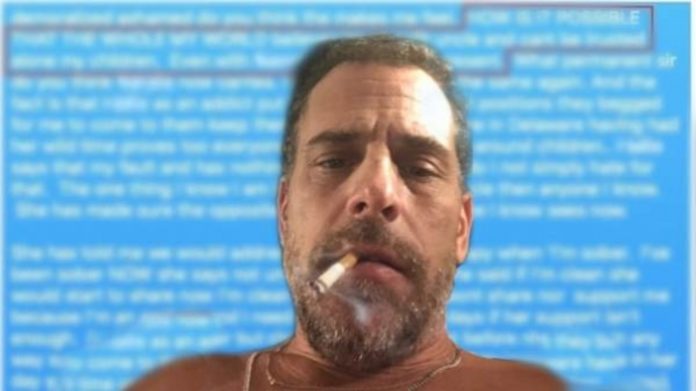 We released text messages in October depicting the crazy family life of the addicted and sex-crazed Biden family.  Some of it is finally getting out.

As we mentioned earlier today, the news is finally reaching the airwaves about the episode between Hunter and Hallie Biden where Hunter claimed in a text message that Hallie stole his gun and threw it in the garbage.

Yes, Hunter and Hallie Biden had a spat and Hallie took Hunter’s gun and threw it in the garbage!