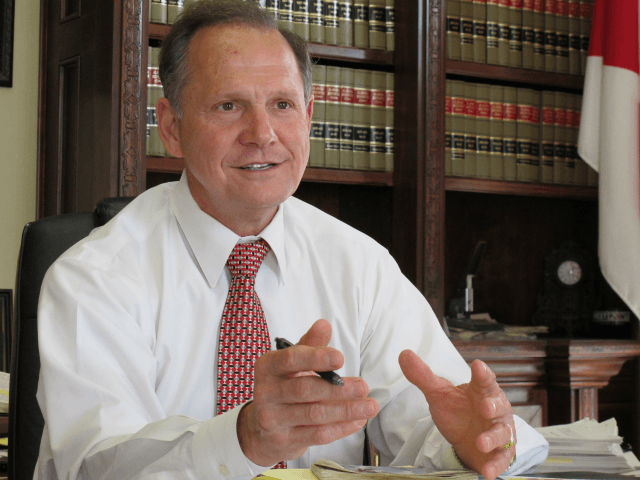 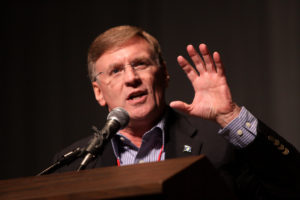 You can bet that the establishment is not finished trying to destroy Roy Moore—not by any stretch of the imagination. When Trump stumped for Luther Strange last week, he said that Judge Moore would have a hard time winning the general election. He said that because he knows that not only will Roy Moore have to defeat the Democrat establishment, he will have to again defeat the Republican establishment. So, Roy’s fight is far from over.

Of course, this past Tuesday, Judge Moore lost the general election. However, it was NOT the unfounded accusations of sexual impropriety that sunk Judge Moore; it was the Republican Party in Washington, D.C. If we really knew the truth, we might learn that Mitch McConnell and Company were the ones responsible for instigating the Washington Post story about Judge Moore’s alleged sexual misconduct.

The accusations against Judge Moore surfaced almost immediately after his primary election victory, and the entire Republican establishment turned against him instantly. From Mitch McConnell to Paul Ryan to John McCain to Lindsey Graham to Steve Daines to Mitt Romney to Ted Cruz to Richard Shelby: they all denounced Judge Moore. Furthermore, until the final week of the campaign, the National Republican Party withheld funding from Roy’s race, leaving Judge Moore financially unable to compete.

In addition, after campaigning ferociously against Judge Moore in the primary (but promising that he would “campaign like hell” for him if he won), President Trump remained mute on the sidelines until a week before the general election. Even then, he did not campaign for Judge Moore in the State of Alabama (as both he and Vice President Pence had done in support of Luther Strange during the primary election), but went to the Florida Panhandle and urged Alabamians to vote for Moore.

Add a collaborating establishment media that carried the accusations against Judge Moore incessantly—night and day—and millions of dollars from liberals all over the country who smelled blood in Alabama pouring into Democrat Doug Jones’ campaign coffers, and an establishment Republican-backed last-minute write-in campaign against Judge Moore (led by Alabama Republican Senator Richard Shelby), and it was just too much for Judge Moore to overcome. Even still, he lost by only less than 2% of the vote. An amazing feat!

But make no mistake about this fact: it was the Republican swamp (of which Donald Trump is a part) that sunk Judge Roy Moore.

Republicans in DC would rather give a senate seat to the Democrats than let a genuine independent-minded constitutionalist Republican win the election. Republican strategists plan to run another establishment toady against Doug Jones in 2020, thinking they will win that election in the deep crimson State of Alabama. They consider having a Democrat take the seat for only two years to be better than having to endure a committed constitutionalist Republican for maybe fourteen years.

People need to wake up to the reality that the National Republican Party is as much an enemy to liberty and constitutional government as the Democrat Party—perhaps a GREATER enemy, because they wear the cloak of conservatism. But they are wolves in sheep’s clothing.

Plus, with a voter turnout of around 38%, I wonder how many Christians in Alabama stayed home from the polls and left Judge Moore hanging out to dry.

I well remember when I was standing with Judge Moore in his Ten Commandment fights just how few pastors bothered to help him. I’m telling you, the overall number of pastors who came to Roy’s assistance in those days was dismally small.

During the peak of Roy’s Ten Commandments fight, I invited the Judge to come and speak to the pastors in my town (located about 150 miles from Montgomery). I invited every pro-life, “conservative,” and evangelical pastor in the area to attend. I offered to pay for a steak dinner for two (the pastor and his wife or an associate) in one of the nicest restaurants in town in order for them to come meet and hear Judge Moore. To give you an idea of how many pastors I’m talking about, there are over 150 Southern Baptist churches alone in that metro area. Add all kinds of other Baptists, Methodists, Presbyterians, Charismatics, Assemblies of God, Lutherans, etc., and the number was several hundred. Guess how many showed up? A little over twenty. It was embarrassing.

I guarantee you that a host of pastors and churches in Alabama did absolutely NOTHING to help Judge Moore win the election last Tuesday.

So, the swamp claimed another victim. This does not bode well for anti-establishment GOP candidates in the future. The precedent (and playbook) has been set: to defeat a constitutionalist outsider (if the candidate is popular and a man), all you must do is find (or pay) a few women (or even men) to make scurrilous sexual allegations against him so the swamp creatures in the media can regurgitate the accusations day and night, and you can be guaranteed that the National Republican Party will throw him to the wolves and let the liberal Democrat walk away with a victory.

Make no mistake about it: Roy Moore was targeted for destruction by the establishment political machines of both parties because he could not be controlled—not in the least little bit. And being able to be controlled is MUCH more important to DC insiders than being a Republican or Democrat or being a “conservative” or “liberal.”

Plus, it didn’t help matters that Roy is an outspoken Christian—perhaps the most well-known and admired Christian politician in America. The swamp didn’t just defeat an establishment outsider’s political campaign; it burned a disciple of Christ at the stake.

P.S. We are down to the last couple of weeks of our special Christmas printing of our first-ever revised FREEDOM DOCUMENTS.

We began offering THE FREEDOM DOCUMENTS nearly 20 years ago, in which we compiled dozens of the greatest documents of American history in one beautiful volume.

Now, for the very first time, we have revised THE FREEDOM DOCUMENTS, which includes the addition of 13 brand new documents—along with the expansion of several existing documents (and also including a brand new beautiful front cover)—bringing the total number of full-size pages to 212. That’s over 40 pages more than the original FREEDOM DOCUMENTS.

I am truly excited about this brand new edition of THE FREEDOM DOCUMENTS. The documents we have added make this volume the greatest collection of the most important documents of liberty and constitutional government ever produced—documents that, if applied, would restore the blessings of Heaven to our land.

This unique compilation of America’s greatest documents is available nowhere else.

You can have these great documents at your fingertips in one beautifully bound, easy-to-read format. These are the documents that gave birth to the greatest free nation on earth. Again, nowhere else that we know of can you find these documents complete in one volume under one title. This compilation of documents is available only here—and this special Christmas printing is very limited and will not last much longer.

To order or to learn more about THE FREEDOM DOCUMENTS, go here: