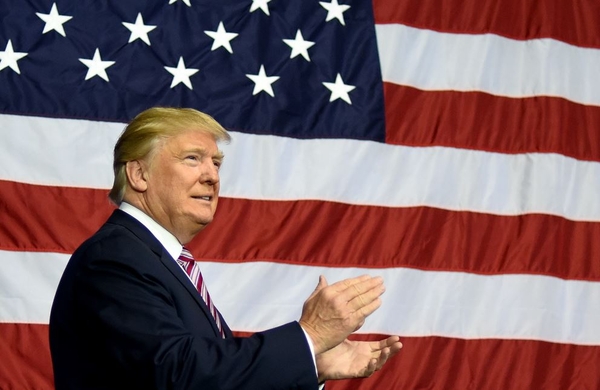 It is distressing to read and listen to the nonsense in the Canadian media about Donald Trump. It is too early to predict whether he will be a successful president or not. But no one relying on the Canadian media would be aware that he has more than doubled the economic growth rate, reduced illegal immigration by about 80 per cent, withdrawn from the insane Paris Climate accord, helped add trillions to U.S. stock market values, created nearly two million new jobs, led the rout of ISIL, and gained full Chinese adherence to the unacceptability of North Korean nuclear military capability. He will probably pass the greatest tax cuts and reforms since Reagan, if not Lyndon Johnson, by Christmas, and may throw out the most unpopular feature of Obamacare, the coercive mandate, with it.

He can be a tiresome and implausible public figure at times, and the reservations widely held about him, in the United States and elsewhere, are understandable and not unfounded. He is, however, the most effective U.S. president since Reagan. In the 20 pre-Trump years, over $5 trillion and scores of thousands of American casualties were squandered in Middle East wars (while most Iraqis were handed over to Iranian influence), an immense humanitarian refugee tragedy was provoked, along with the greatest world economic crisis since the 1930s, American GDP per capita growth and capital investment shrunk by 75 per cent, the work force lost over 15 million people, millions of unskilled, illegal migrants were admitted, and the national debt of 233 years of American independence more than doubled in the last seven years of Obama. Those 20 years were the only time of absolute decline in American history, as well as a period of prolonged economic stagnation. Americans, unlike the older great nations of Europe and the Far East, have never experienced such setbacks and stagnation, and don’t like or accept them. It was in these circumstances that this unusual president was elected.