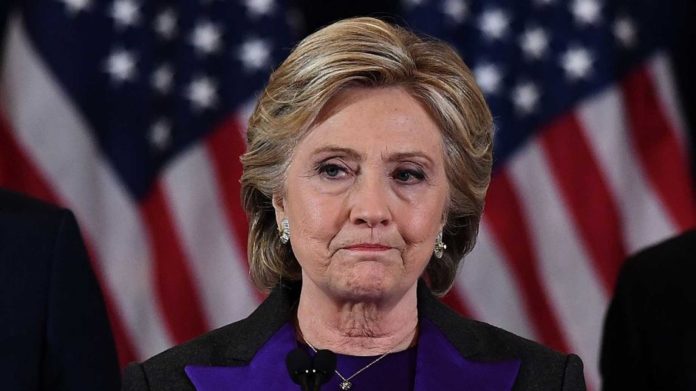 by Dick Morris and Eileen McGann

Now we know that it was the Hillary Clinton campaign that commissioned the dossier that made the phony allegations of collusion between Trump and Russia.

Think about it: A presidential candidate from one party secretly contracted with a DC smear organization to hire a foreign national — a British ex-intelligent agent — to find dirt on the other presidential candidate. They funneled the payments through a DC law firm, where they thought the details would be buried in confidentiality agreements.

And they were for over a year. Because Hillary and her agents lied about their involvement.

It was only when a subpoena was issued that threatened the release of all of Fusion GPS’s banking records and client names that the truth came out. They had no choice.

That’s vintage Hillary – using campaign funds to hire private eyes to find dirt on her opponent. She did it before to silence the victims of her husband’s sexual assaults. But this time she went over the top. It wasn’t a local private eye; it was a former MI-6 agent who had spied on the Russians and was friendly with both the FBI and MI-6.

Hillary has pretended all along she knew nothing about how the dossier came to exist. In her book What Happened? she disingenuously says that:

“In the summer of 2016…The FBI began investigating a dossier prepared by a well-respected former British spy that contained explosive and salacious allegations about compromising information the Russians had on Trump.

As if she knew nothing about it and hadn’t been the one who arranged for it and paid for it. She acted like she only read about it in the newspaper.

But she knew all about it. And so, did her lawyers and flacks who lied to the press for over a year.

But it was Hillary’s dossier — and it caused all the trouble that she had hoped it would:

The false allegations in the dossier formed the basis of Hillary’s campaign charges that Trump was a “puppet” of Putin,

They provided the justification for the FISA Court to approve surveillance of Carter Page, a Trump associate,