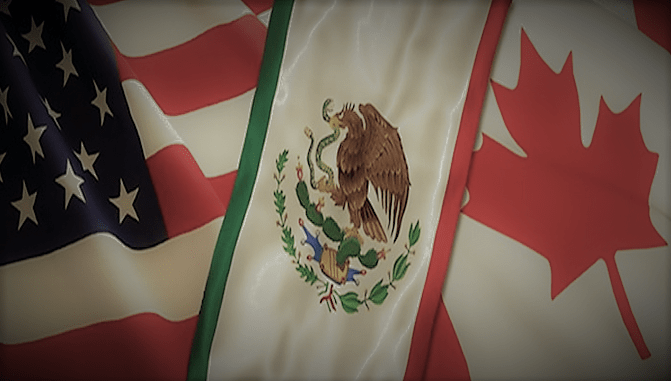 In contrast to predictions of total disaster if NAFTA ended, there are predictions that despite an economic disruption, neither Canada, the US, or Mexico would fall into a recession if the agreement was scrapped.

A new report provides a counterweight to the near-apocalyptic rhetoric surrounding the possible end of the North American Free Trade Agreement.

As negotiations get tougher, there is rising concern that the agreement could fall apart, and thought is turning to the potential impact of that scenario.

Now, Moody’s Analytics has shared their predictions about what impact that would have on the economies of Canada, the US, and Mexico.

As noted by Bloomberg, “An increase in duties would potentially hurt growth, cost jobs and spur inflation for all three nations with Bloomberg Intelligence and Moody’s Analytics predicting Mexico would be the hardest hit. But none of the countries would be tipped into recession, according to Moody’s. It forecasts most of the pain would come in the first two years after the breakdown of the deal, assuming the U.S. and Canada would work out a bilateral arrangement.”